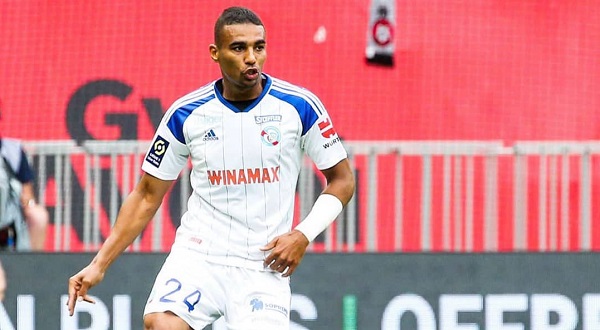 Ghana defender Alexander Djiku has had a one-match betting ban reduced to a suspended sentence following an appeal by his club side Strasbourg.

Djiku, 28, was among 76 players, coaches and team officials who were cited following an investigation by the Professional Football League (LFP) for their involvement in betting during the 2020-21 season and was subsequently banned for one match.

However, he is now in line to feature against leaders Paris Saint Germain in the French Ligue 1 tomorrow after an appeal by his club saw the ban reduced to a suspended sentence.

The Ghana defender reportedly placed a bet of 20 euros on a La Liga match of Real Madrid on July 20, 2020. His bet was within the framework of a partnership with a sports betting site and this was taken into account during the appeal.

The France-born defender made 14 appearances for Strasbourg in all competitions before the World Cup break.

He has made 20 appearances and scored one goal for Ghana and made his World Cup debut last month in Qatar, playing two games; 90 minutes in the group opener against Portugal, before getting seven minutes off the bench against South Korea.

Born Alexander Kwabena Baidoo Djiku, he debuted for the Black Stars in a 3–0 friendly loss to Mali on October 9, 2020.

Djiku is married to Heley Djiku and the couple have two children, Wesley and Elyana.