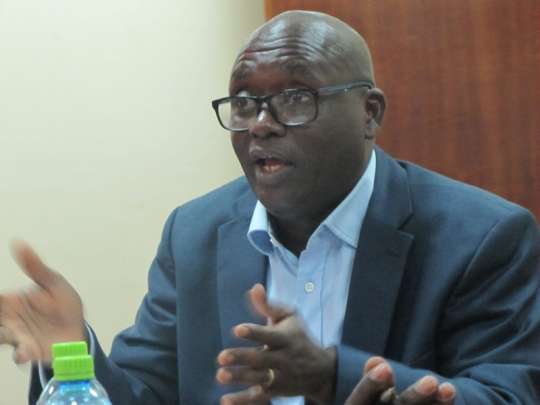 A former President of the Ghana Hockey Association (GHA), Mr Richard  Kofi Akpokavie, has bemoaned the dwindling fortunes of hockey, especially at the highet level, saying inadequate support to grow the sport from the second cycle and tertiary institutions to identify potentials who can feed the national teams at different levels over the years has had a negative  impact on the game.

He, has, therefore called for the introduction of a five-a-side hockey competitions into schools and colleges in Ghana while motivating experienced hockey players to teach students the skills of handling hockey sticks, ball control and accurate shooting to build their confidence.

“In view of the high cost of hockey equipment, it is important to design the five-a-side hockey for it to fit into our current trend of organising hockey competitions. This is because five-a-side hockey is played on a small pitch, and the idea is to improve the skills of the youth at the grassroots.

If they are able to build their skills at that stage, it is easier to transfer them  from that level to a higher level,” Mr Akpokavie, a former skipper of the national hockey team and the current General Secretary of the Ghana Olympic Committee (GOC), told the Daily Graphic in an exclusive interview.

He also called for regular participation in hockey tournaments across the globe, saying “regular  hockey competitions  would enable Ghanaian players to compete with their peers who are better than them and learn from their failures. This will enable us to improve our games gradually and be at our peak to win medals as we used to do during our time in the 70s and 80s.”

On infrastructure, Mr Akpokavie said lack of artificial turfs in Ghana had also affected the performance of hockey players.

“Hockey is now played on artificial turfs instead of grass, but currently there is only one turf in Accra.

This affects the development of the sport in other parts of the country, hence the need to procure more artificial turfs in the  various regional capitals to develop certain skills among our youth as we nurture their potential,” he stated.