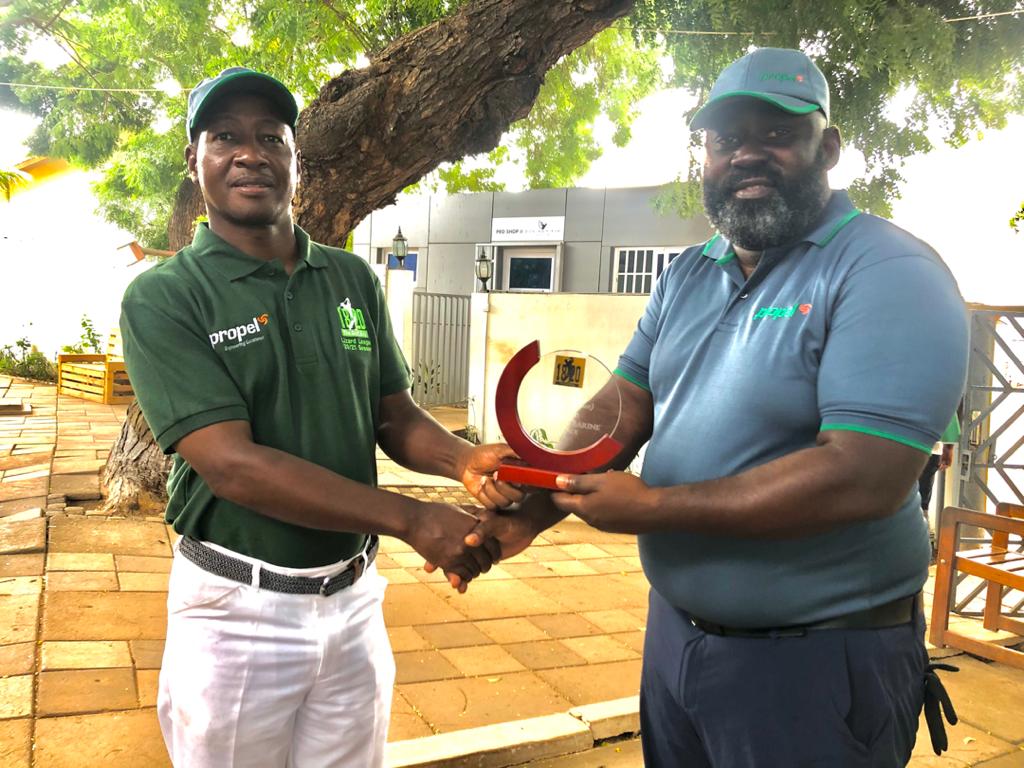 Hajia Zenabu Akotoh has been crowned the winner of the 18-20 Lizard Golf League hosted by the Bok Nam Kim Golf course in Accra.

Madam Zenabu won the stroke play league which ended in June with 26 points from 12 matches and a record of eight wins, two losses and two draws. However, she was not present to receive her prize at the coronation ceremony last Saturday in Accra.

She finished on top of a log of 18 golfers, while Nana Yaw Bamfo and the Kenyan High Commissioner, Mr Eliphas Barine, finished in second and third positions, respectively.

The top three golfers, as well as the winner of the coronation tournament last Saturday, Mr Dominic Aboagye, who returned a net score of 67, won crystal trophies.

All participants in the league were also presented with certificates.

Addressing the ceremony, the organiser of the competition, Nana Fredua Ofori-Atta said funds raised from hosting the league would be donated towards the maintenance of the Bok Nam Kim Golf course.

He expressed his gratitude to Ready Africa Ghana Limited, the authorised dealers of Propel Industries Limited equipment in Ghana, for sponsoring the competition's coronation ceremony.

Nana Ofori-Atta further disclosed that he was in talks with the sponsor to extend their partnership for the next edition of the league which is scheduled to begin in October.