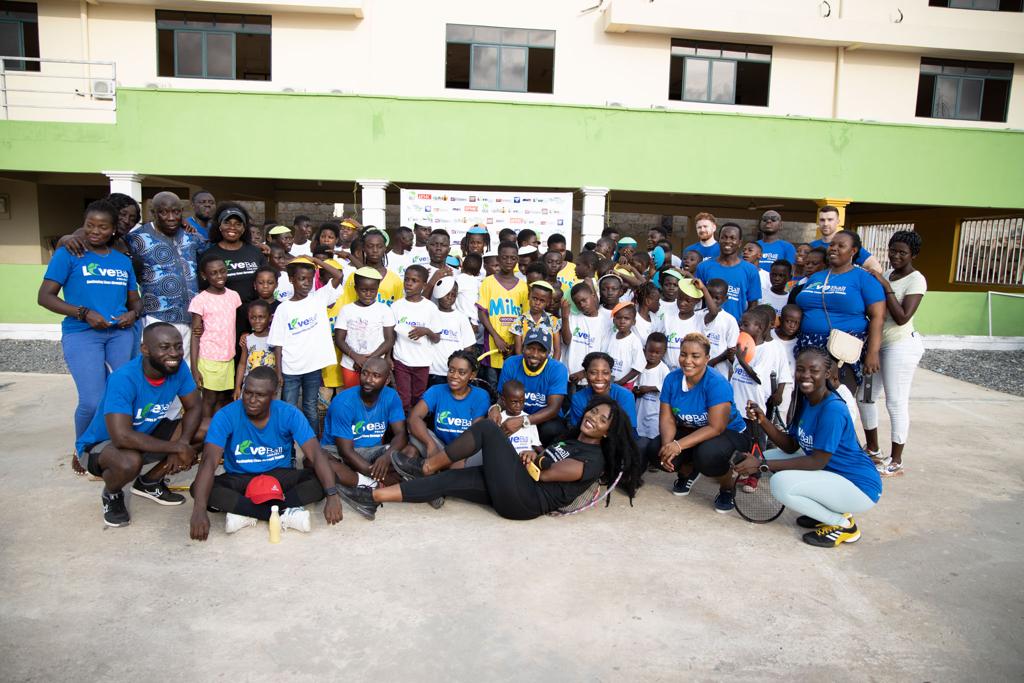 The Ace Tennis Academy has held a one-day tennis clinic dubbed "Love Ball Project" for the residents of three orphanages in Accra.

The over 50 beneficiaries of the clinic drawn the Ghana Society for the Disadvantaged, Enough Grace Foundation and the Madina Social Welfare Boys were taken through the basics of playing tennis by coaches at the Echoing Hills Village, Ghana on Sunday, November 1. 2020.

The youngsters aged between 5-12 years were taught how to grip the tennis rackets and hit the ball by a team of coaches including national tennis coach and former Davis Cup player Fredrick Egyir.

A former board member of the National Sports Authority, Mrs Zenabu Akoto and former world IBF Bantamweight champion, Joseph Agbeko were also present at the event and advised the students to concentrate on their studies and sports.

Agbeko said although he was not the best student in school, he was able to become successful because he discovered that he was talented in boxing.

He said without the discipline that he learnt acquired through boxing, he may have become a social deviant.

Mrs Akoto revealed that she grew up in an orphanage and urged the orphans to take their studies seriously.

Speaking in an interview on the sidelines of the clinic, the founder of the Ace Tennis Academy, Naa Shika Adu said 15 girls would be selected at the end on the clinic and given special weekly tennis lessons under the "Love Ball Project".

The former tennis player said she was hopeful that sports could teach the children lessons that will benefit them in the future.

"Personally, I benefited from a scholarship to attend to the University of Ghana, so I am hopeful that even if these girls do not play at the Grand Slams of in the WTA they would be able to attain an education that would provide them with options in the future".

She also expressed gratitude to the sponsors of the clinic including; IPMC, Aqua Blue Mineral Water, Good Vibes Cafe and Natural Links Juice.

Some beneficiaries said they were delighted to have been selected for the clinic.