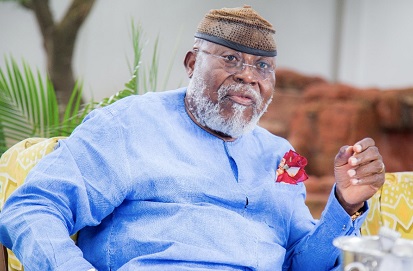 FORMER Ghana Football Association (GFA) Chairman, Dr Nyaho Nyaho-Tamakloe, believes the 72-hour deadline given to the three-member committee to search for a new Black Stars coach was limited and could only produce an inferior coach.

Instead, he proposed that the Executive Council (ExCo) of the GFA should fall on a stop-gap coach while adequate time was spent to search for a more qualified and quality replacement.

He told Daily Graphic in an interview yesterday that if the FA really wanted a top quality coach then it should be prepared to part away with nothing less than $100,000 a month since what was being offered currently would only get the nation a low quality trainer.

Dr Nyaho-Tamakloe, who was reacting to the ExCo's three-day deadline for Mark Addo, Randy Abbey and Alhaji Salifu Zida to search for coach Charles Kwablan Akonnor's replacement, following his removal last Monday, described the decision as a sign of panic situation by the FA.

He explained that to part ways suddenly with a substantive coach in the middle of qualifiers, what the authorities should have done was to rather fall on a temporary trainer until such time that a substantive was found.

''What they should have done immediately is to get a stop-gap coach. I did that before. In my time, when the coach (Mariano Baretto) left, I got a stop-gap coach in the person of Sam Arday and it worked wonderfully well. It was at that time that I used Arday to defeat the South Africans in Kumasi,” he recalled.

For now, Dr Nyaho-Tamakloe said what the FA should be looking for must not necessarily be a local person but to rather consider competence and a firm person who could take tough decisions and not a coach who could easily be manipulated by some powers that be.

''To me, it’s a question of competence and somebody who is strong; somebody who can stand on his feet and behave like a coach and when you have a foreigner who cannot be strong, he will end up the same way C.K Akonnor ended,'' he said.