Professor Peter Twumasi: Takyi is an inspiration to all 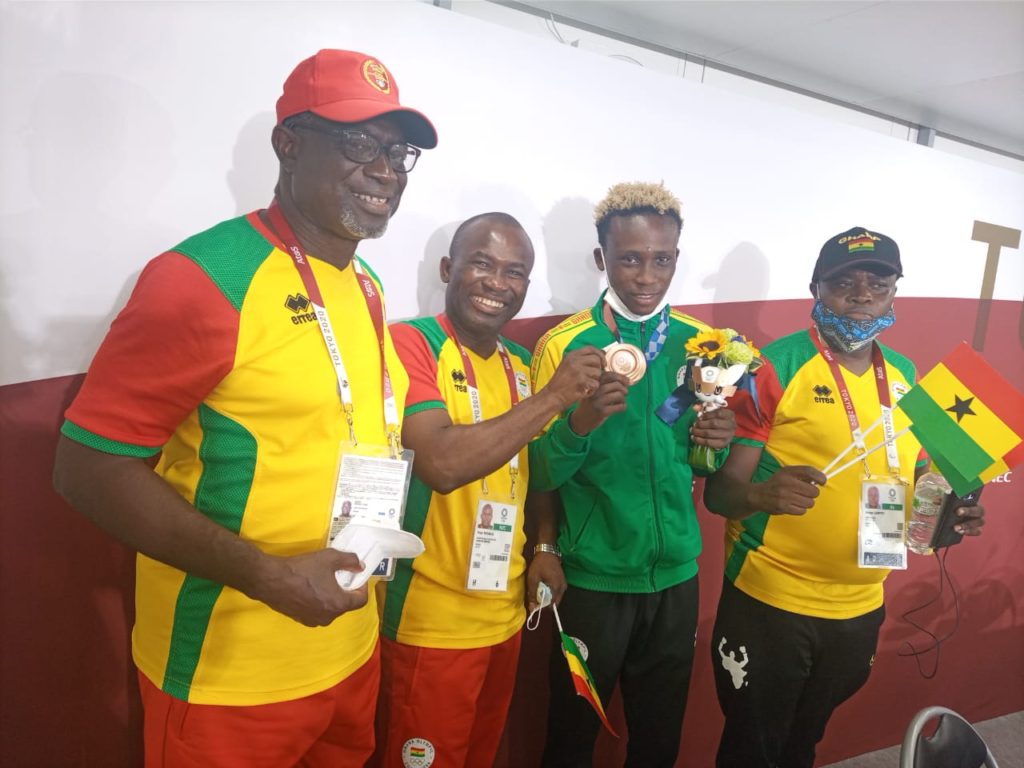 Ghana’s featherweight boxer Samuel Takyi has been a great inspiration to everyone in Ghana, especially young men and women who aspire to be boxers, says Director General of the National Sports Authority (NSA), Prof. Peter Twumasi.

His comments come after the youngster achieved an enviable feat of winning Ghana’s first Olympic medal in 29 years despite losing his semi final bout in the featherweight division to American, Duke Ragan, on Tuesday, August 03, 2021.

The Black Bomber, Takyi had been guaranteed a medal for Ghana after beating Colombia’s experienced boxer, David Ceiber Avila, in the quarter-final stage at the Kokugikan Arena on Sunday August 1, 2021.

The entire country was thrown into wild celebration after Samuel Takyi clinched a medal at the ongoing Olympic Games in Tokyo and according to the NSA boss in an interview with LUV FM’s, this achievement will only spur on young men and women to pursue a career in boxing.

“The featherweight Olympic champion, Samuel Takyi, has been a great inspiration to everyone in Ghana, especially young men and women, who aspire to be boxers”, he said.

“I think for almost about 50 years, 1972, when we had our very last boxing title [medal] at the Olympics, it is this young man to be able to break this silence and I think that’s a very great achievement.

“I think that he is a young man, only 20 years and he has a lot of opportunities ahead, we will continue to mould him”.

Prof. Twumasi, who is the leader of government delegation in Tokyo, also acknowledged the impact of the coach of the Black Bombers, Mr Ofori Asare, on Samuel Takyi.

“You know his coach, Mr Asare, he is a staff of the National Sports Authority and he has been very excellent in managing these athletes that he brought to Tokyo and I believe, he has a bigger plan to be able to entice many others, especially when we have also boosted our technical strength in the Authority”, he added.