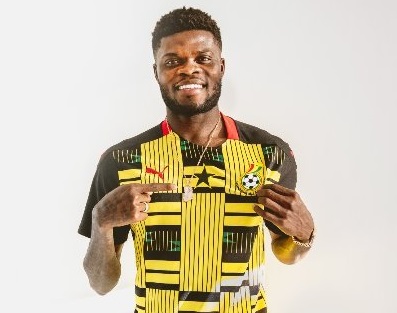 Ghana’s midfield enforcer, Thomas Partey, has arrived at the Black Stars camp in Turkey ahead of the team’s double header friendly game against Mali and Qatar.

The 27-year old deputy captain of the national team arrived at the Xanthe Resort and Spa camp in Antalya Turkey after signing a new contract with English Premier League side, Arsenal on Monday.

Partey is now more expensive than Senegal international and Liverpool star, Sadio Mane who cost the Anfield club, £37 million from Southampton and Egyptian Mohammed Salah who was bought for £36.9 million from AS Roma.

His arrival in camp has given Coach Charles Kwablan Akonnor some confidence as he has also welcome some of his invited players to camp.

The players who joined are Kassim Nuhu, Alaxander Djiku, Barnard Mensah, Joseph Aidoo and Tarique Fosu to increase the total number of players in camp to 19.

The following are players who have reported in camp so far: