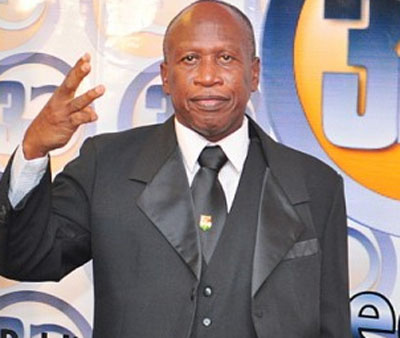 However, the former Black Stars schemer warned stakeholders of the club to give Mr Amponsah the free hand to run the club to perfection.

“If only he will be given the freedom and right to make his own decisions, then he can make Kotoko the greatest club in Africa,” he stated.

Rev. Osei Kofi told Graphic Sports that he barely knew Mr Amponsah but watching him from afar and having read a book he authored about the development of football in Ghana, he believed he was the right man for Kotoko.

“I don’t know much about him but the little I have heard and seen of him makes me admire his zeal and passion to help football grow in Ghana and Kotoko as a club,” he told Graphic Sports in an interview in Accra last Friday.

He maintained that “Kotoko is a club in need of a visionary and similar to the dwindling fortunes of most clubs in the country, Kotoko’s woes have bedevilled Ghana football.”

“Football is not doing well in Ghana; it’s getting to four decades now and we don’t have an African trophy. Why should this be so? We need transformational leaders in all aspects of our football,” he noted.

He condemned a recent comment by a former official of the club which urged the new CEO to consult the gods to help improve the fortunes of the club, adding that such a thinking was only an attribute of a backward club.

Rev. Osei Kofi also dismissed the petition being considered by some clubs to implore President Akufo-Addo to pardon former GFA president, Kwesi Nyantakyi, over his prosecution by the state,

He noted that the issue of Nyantakyi was beyond the President and Ghanaians as a whole as he had been banned by FIFA.

He questioned the motive of the petitioners and challenged them to speak to their conscience.