Morocco coach: Ghana has a huge reputation in Africa 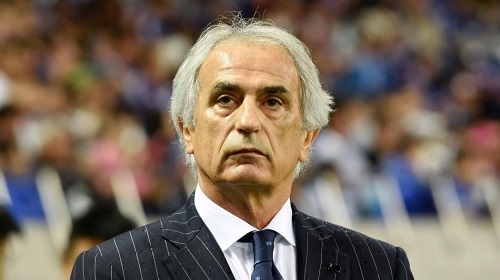 Coach of Morocco, Vahid Halilhodžić, believes the niche calved by the Black Stars on the continent makes it difficult to brush them aside.

Besides, he sees the Black Stars as a very good team with some of the best players which must be a source of worry to most teams in their group.

The Black Stars have been pooled against Morocco, Gabon and the Comoros in Group C of the next Africa Cup of Nations (AFCON) slated for Cameroun next year.

"The Ghana team is good and has a good reputation at the African level, and has good players, as well as the Gabon team, which we defeated in our last match.

“The Comoros team has achieved a great development in its levels, as it qualified for the first time. for the finals," he told the official website of the Moroccan football federation.

Coach Halilhodžić was of the view that despite their respect for the Black Stars their target was to progress from that group to the next stage of the competition.

"Of course, our goal is to go far in the African competition, but that starts with qualifying for the second round," he added.