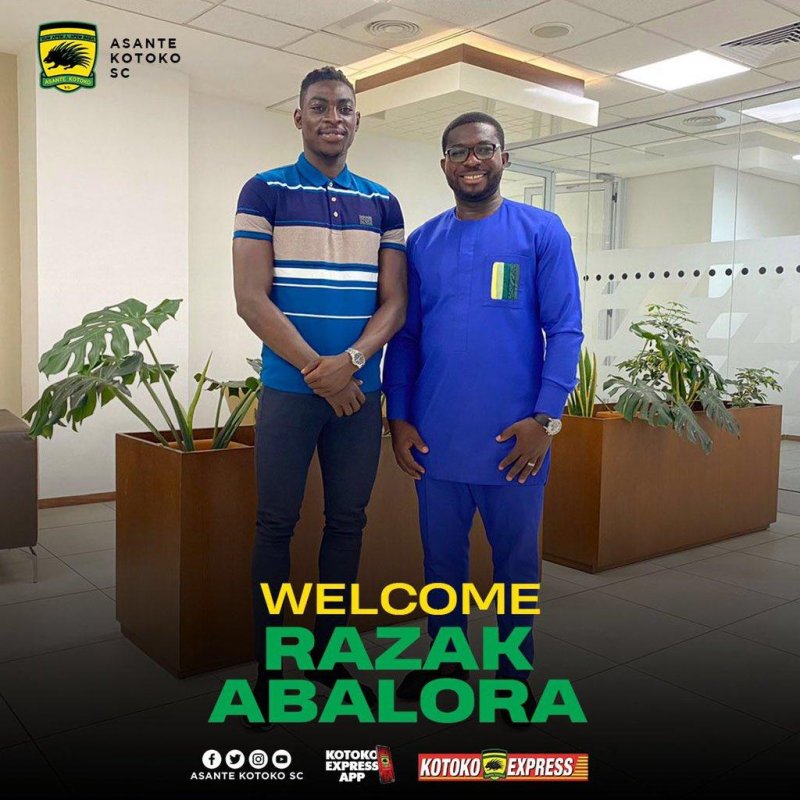 This was announced by the club on its official social media handles.
The agile shot-stopper last played for Azam FC of Tanzania, after spending much of his playing career with West Africa Football Academy (WAFA) in the GPL. The 24-year-old inked a three-year deal with the Porcupine Warriors after a mandatory medical test. Abalora manned the post for the Black Stars of Ghana in their 5-1 heavy win over Qatar in an international friendly staged in Turkey.
He had been unattached after ending his three-year stay with Tanzanian club Azam FC in July and subsequent extension of the contract.
Kotoko already has four goalkeepers namely Kwame Baah, Felix Annan, Osei Kwame, and Danlad Ibrahim.
sports-opinion, Graphic Sports Newspaper, Ghana Football Association , Referees’ Association of Ghana