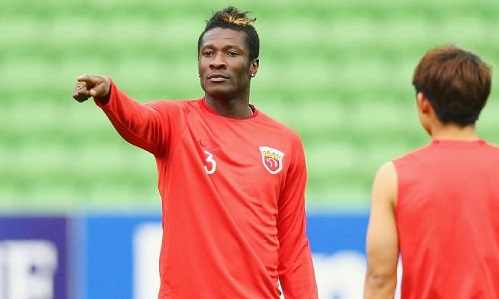 Ex-Black Stars skipper, Asamoah Gyan, has been linked with a move to Ghana Premier League side, Legon Cities.

Gyan, 34, has been without a club since leaving Indian club NorthEast United and has been spotted in the gym working out seriously.

The ex-Sunderland attacker was linked with his childhood dream club, Kumasi Asante Kotoko and expressed his interest in playing for them but his high financial demands was said to have botched the deal.

Reports indicates that the veteran arrowhead was demanding $500,000 to play for Kotoko but the Porcupine Warriors considered that to be on a high side.

Public Relations Officer of the club, Moses Antwi Benefo, confirmed to Graphic Online that they were interested in the player but he had not reverted with any financial demands since the club expressed interest.

The financial detail between the player and Legon Cities has not been made public but it is believed Gyan has been enticed with a mouthwatering package that has made him opt to choose them over Kotoko.

Gyan was in the news recently as having alleged to have physically assaulted an opponent while playing tennis but the player has denied that accusation.