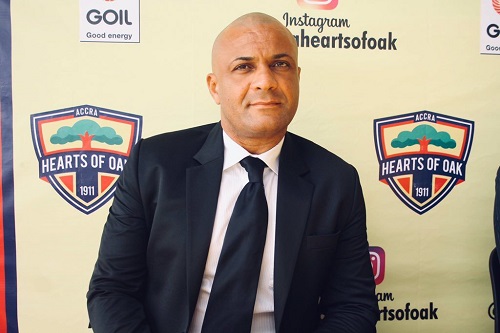 Eleven Wonders coach, Ignatius Osei, and former Hearts of Oak coach, Kim Grant have emerged on the radar of Legon Cities moment after they dispensed with the services of their coach, Goran Barjaktarevic.

The Ghana top flight club parted ways with the Serbian trainer over the weekend after his side lost to Accra Great Olympics 0-3 at the Accra Sports Stadium last Friday.

Osei who started his coaching career with Dansoman-based Liberty Professionals has been credited with the remarkable turn around of Eleven Wonders making him one of the targets for the club.

Grant who was also dismissed by Hearts of Oak last December after he was unable to produce his coaching certificate is also being considered.

Although the club was yet to contact these coaches officially, report available indicates that any of the club  was seriously considering either of the two men to fill the void.