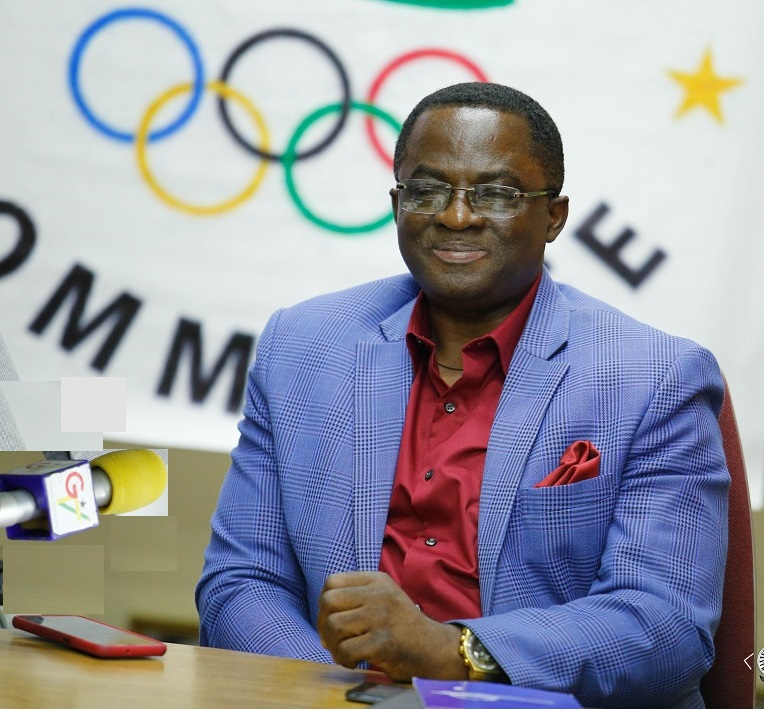 Ghana Olympic Committee (GOC) president Ben Nunoo-Mensah says his first four-year term of office witnessed the most dramatic improvement in the activities of national sporting federations in the country.

He revealed that in the 2019/2020 sporting year, the GOC released  $126,716 to all national sporting federations, including the Women Commission, Ghana Squash and the Ghana Football Association.

Making a case for his re-election for another four-year term, Mr Nunoo Mensah told the Graphic Sports that despite inheriting inadequate finances, his administration still managed to spread the benefits to all sporting federations.

“When we took over the GOC had only one headline sponsor, Cocoa from Ghana, but now we have secured additional sponsors from PaySwitch Ghana, McDan Group, Mobility International, Decker Engineering, Directline Risk Consult, Toyota Ghana, Ashfoam, Allied Oil, Republic Bank, Indomie and Twellium Industries,” he disclosed.

The GOC president said if re-elected his strategic focus for the next four years would be massive infrastructure development, development of athletes and growth of the least financed sporting disciplines.

“We have started work on the Amasaman OlympAfrica Project and cleared the site at a cost of GH¢35,000 which was paid by myself and my company for the construction works, while I managed to get ANOCA to revive their interest in the Amasaman stadium. I made a promise to invest $150,000 in the project once it got started again,” he told the Graphic Sports.

Mr Nunoo Mensah said he was committed to strengthening the sub-committees of the GOC, which was headed by other national federation heads by equiping them financially and with the needed infrastructure.

The President of the Ghana Weightlifting Federation, Mr Nunoo Mensah, pledged to renovate the GOC office, improve the conditions of service for its staff, rehabilitate the GOC bus and acquire a vehicle for the day to day running of their  office at Ridge, Accra.

He charged the delegates to make a good choice because they would see the benefits of re-electing him to lead the country's Olympic movement.
“I will continue to engage media attaches for all sports federations to promote the various sporting federations.”