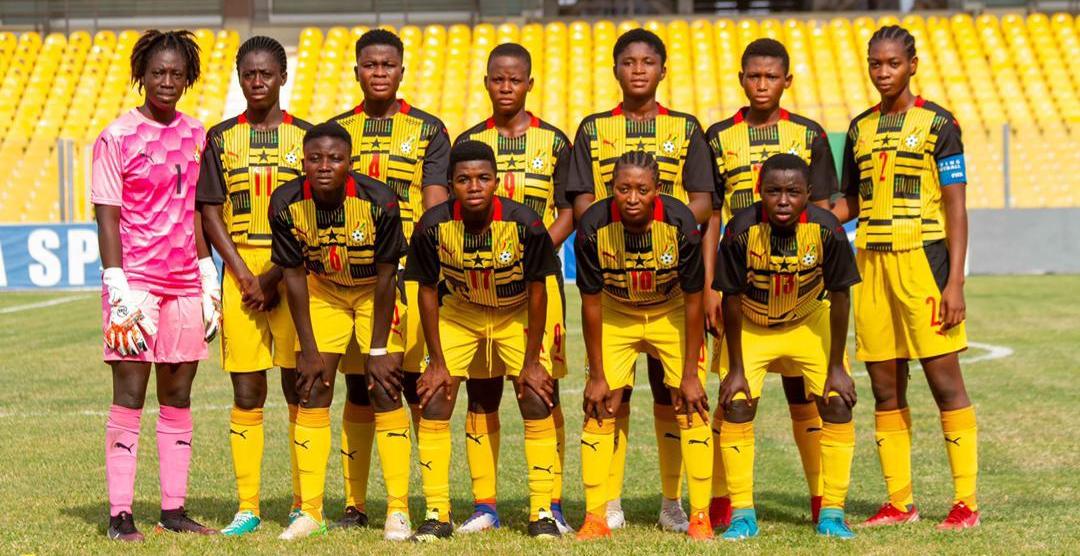 Ghana's Black Maidens recorded a hard-fought 1-0 win over the Young Terenga Lionesses of Senegal at the Stade Lat Dior to begin the 2022 FIFA U-17 Women’s World Cup qualifiers on a positive note.

Princess Owusu scored the only goal of the match in the 87th minute to give Ghana a slight advantage ahead of the 2nd leg.

Aissata Chris Ba came close to opening the scoring for the host on the 10th minute but was denied by the solid defence made up of Rose Boakyewaa and Magdalene Awuni.

Mariam Maltiti Iddi had to make way for Constance Agyemang on the 37th minute in what seems a tactical switch from Coach Baba Nuhu.

Nancy Amoh came close as she latched on a superb 20-yard curler as she received a pass from Georgina Aoyem but the shot went against the upright just a minute to recess.

It became a game of two halves as the hosts took the game to the Ghanaians until Owusu slotted home calmly from close range after picking a delightful cross from a Constance Agyemang.

Coach Nuhu said even though his side won narrowly against, there was still more room for improvement in the remaining games, especially in the second leg encounter scheduled for Accra in a fortnight.

“It was a very difficult game but first of all, I will give thanks and credit to my players for doing well in this match. Coming into this game, I knew Senegal is not a cheap side when it comes to football, especially women's football so we came here knowing the match was going to be difficult,’’ Coach Nuhu told the ghanafa.org.