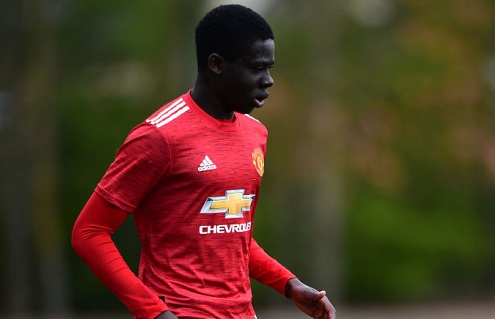 The 17-year-old expressed his excitement after the major breakthrough in a tweet where he expressed gratitude to all those who have contributed to achieving this feat.

“Happy to sign my first professional contract @ Manchester United. A big thank you to all that have supported and guided me along the journey”, he twitted.

It was reported that his quality attracted interest from Arsenal who attempted luring the youngster away last season but was unsuccessful.

The player scored five times in 13 appearances for the Under-18 side and provided five assists during last season.