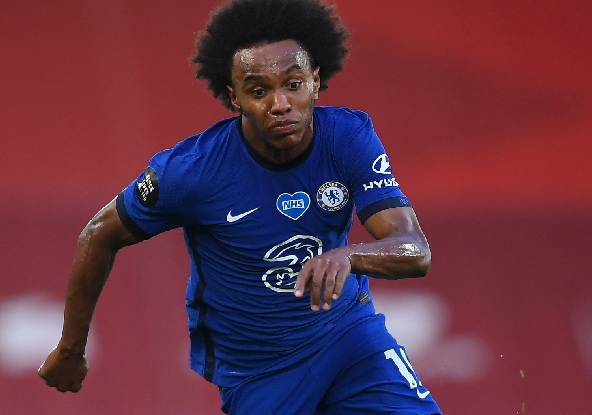 The 31-year-old was locked in talks over fresh terms to remain at Stamford Bridge, but has chosen to move on after Chelsea refused to offer him the long-term deal he had demanded. Two years were on the table but the player wanted three.

Frank Lampard was keen to retain Willian and extend his seven-year spell in West London, but Arsenal have stepped in to seal the deal on a free transfer.

ESPN have reported that the switch is expected to be officially announced by both parties later this month.

Blues boss Lampard is even said to have appealed to Chelsea's hierarchy directly to bring an end to the impasse surrounding Willian's renewal, but his pleas have fallen on deaf ears.

Kia Joorabchian, Willian's representative, recently claimed that five clubs were competing to snap up the winger in a bargain deal.

Two of the interested parties were Premier League clubs, with Everton said to have been one of them.

And the former Anzhi Makhachkala wideman will once again be playing in the same European competition next season after Arsenal won the FA Cup.

Having missed the all-London final through injury, Willian was forced to watch on from the sidelines as his new team clinched the trophy for a record 14th time.

The news comes just a day after Arsenal announced 55 members of staff would be made redundant.

The club's decision was met with widespread criticism, but head of football Raul Sanllehi and manager director Vinai Venkatesham justified the sweeping job cuts as necessary in order to continue to bring in new additions.

Arsenal's players are said to feel 'betrayed' after the controversial move was revealed on Wednesday and want to hold showdown talks with the club's hierarchy.

Financial troubles stemming from the coronavirus pandemic were attributed by the club as the underlying reason that will result in a certain number of non-playing staff members being let go.