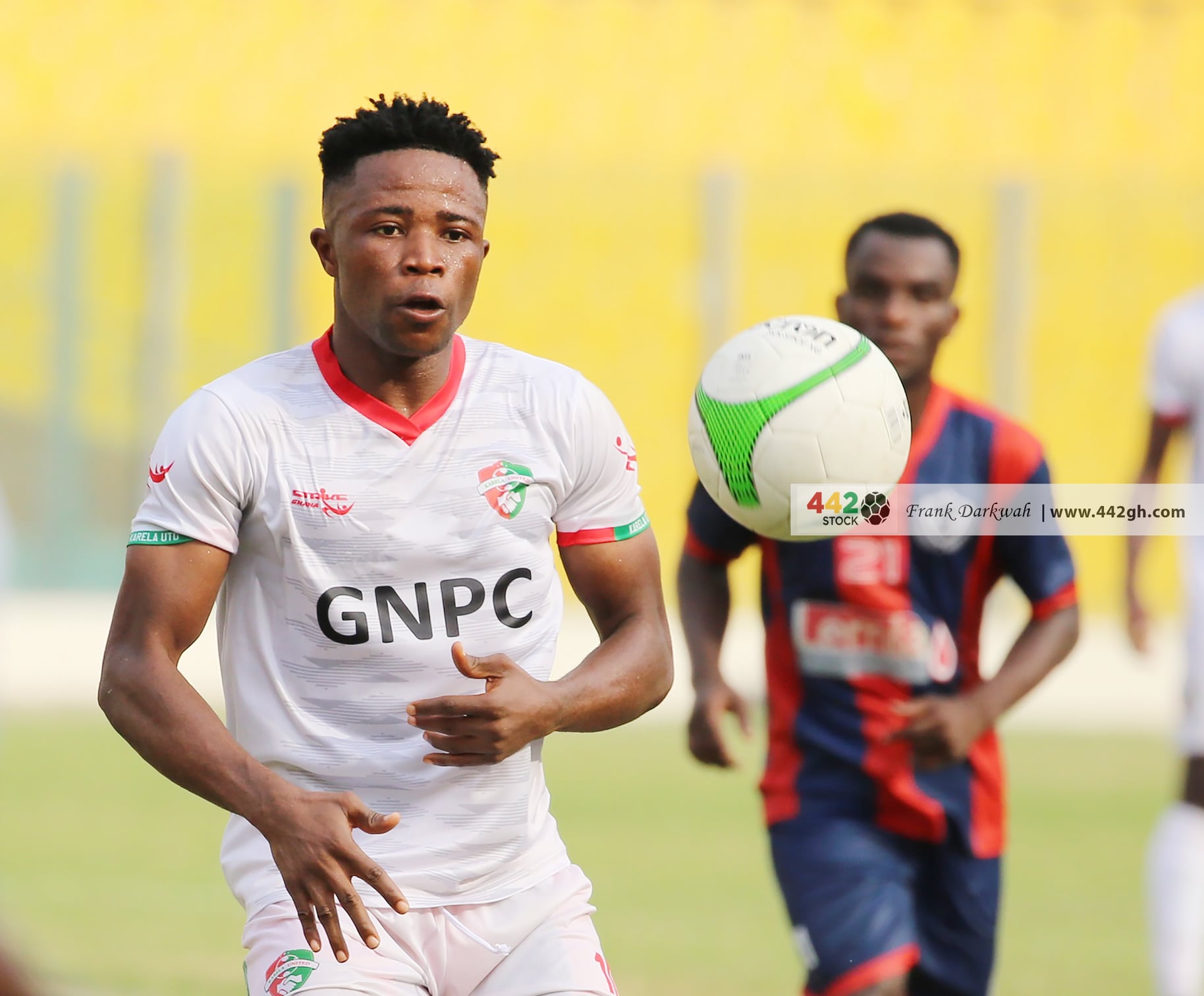 The 2020/21 Ghana Premier League season crossed the halfway mark at the weekend with Karela United's star midfielder, Diawisie Taylor, catching the eye of the experienced Ghanaian coach, Josef Emmanuel Sarpong, as the most outstanding player in the competition so far.

Taylor has been the competition's leading marksman, with 10 goals so far,a position he shares with Dreams FC’s midfielder, Joseph Esso who has been key to Karela's impressive run as league leaders for a number of weeks.

He believes Taylor has single-handedly propelled the Anyinase-based Karela to be very competitive against traditional giants  to stay on top of the league for more than six consecutive weeks.

In delivering his midterm report, the much-travelled coach named Great Olympics captain, Gladson Awako, the Asante Kotoko duo of Kwame Opoku and goalkeeper Razak Abalora as well as King Faisal’s Kwame Peprah among other players who have impressed him most for bringing some spark into the competition.

“These are influential players who have brought life into the league and made their teams very competitive in the league, but Diawisie Taylor stands tall among them because he does not only torment defenders but  is also dangerous on the ball and can turn half chances into goals,” said Sarpong who has handled clubs, including Hearts of Oak, Kotoko, Olympics, Okwawu United and Dawu Youngsters in his career spanning four decades.

In assessing the coaches, he explained that his choices were based on how the gaffers had built formidable sides which have been very exciting and competitive.

“These are coaches who have put some drive into their teams and made them very competitive. The way they have handled their teams to perform well and generate interest in the league is very commendable.”

Currently out of contract, Sarpong was full of praise for referees for their  performances generally, and urged them to continue proving themselves as true professionals guided by integrity, fairness, courage and good interpretation of the rules.