Samsunspor in hot pursuit of Boakye-Yiadom 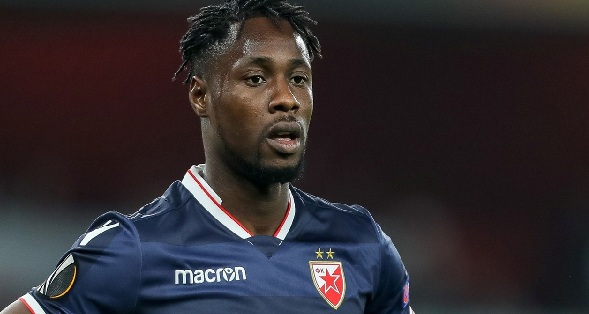 The 27-year-old forward has effectively lost his starting berth at Red Star Belgrade and he seems not to be in the plans of manager Dejan Stankovic, with just four months left on his existing contract.

The Graphic Sports can exclusively reveal that the ambitious Turkish League 1 outfit, Samsumspor, have already inquired about his availability and they are ready to sign him this window.

The "Red Lightning"  are bent on qualifying to the Superliga and the club president, Yüksel Yıldırım, has released cash for manager Ertugrul Saglam to buy all the players he wants.

So far, Ghanaian winger Edwin Gyasi has been signed from CSKA  Sofia, and Boakye could be the next on the bill.

The Black Stars attacker is Red Star Belgrade's best foreign striker ever with 58 goals and 13 assists in 93 games to his credit.

He had previously featured for Genoa, Sassuolo, Latina, Elche, Atalanta and other Italian clubs.

The player has made 14 senior appearances for Ghana and scored six goals.