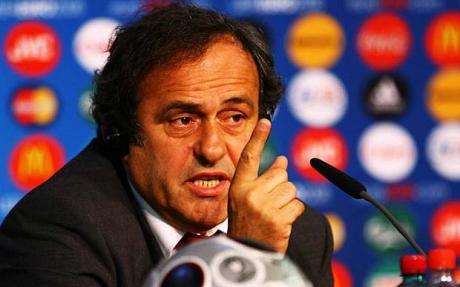 The executive also proposed to their annual Congress in London today that all their 53 national associations should adopt the same sanction, although the English FA announced last week it would be imposing a minimum five-match ban for racist offences.

UEFA General Secretary, Gianni Infantino, told a news conference following the executive meeting in central London that clubs would also face partial closure of stadiums for a first incident of racist abuse by fans and a full closure for a second offence plus a 50,000 euros ($64,400) fine.

There will also be an increased ban for players or officials insulting or assaulting match officials.

"We are sending a very strong message that this kind of behaviour will no longer be tolerated in any form," Infantino said.

The new sanctions, adopted by the executive committee, will initially apply to all matches in European competition, with UEFA hoping its members adopt the same punishments for their domestic matches.

That will be discussed at the Congress today.

Infantino also announced new anti-doping initiatives including the launch of a research study retrospectively measuring the steroid profiles of nearly 900 players who have participated in UEFA competitions since 2008.

"UEFA wants to identify the potential relevance of steroid use across Europe by using data from previous doping controls. The study will be anonymous and there will be no penalties for any player incurring an anti-doping rule violation," he said

UEFA is also empowering itself to take action should one of its member nations fail to punish "or punish in an appropriate manner offences harming the essence of football - notably offences of match-fixing, corruption and doping", he added.

UEFA is also removing any period of limitation for offences of bribery and corruption.

"So, even if we find that a match was fixed 15 years ago, we will take action," Infantino said.

The new rules are planned to come into effect on June 1.