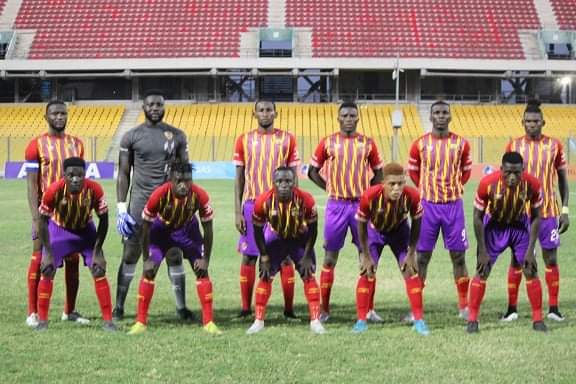 Youngster Michelle Sarpong starred with a brace on Sunday evening to inspire his Hearts of Oak side to a 3-0 win over Dreams FC in the 2020/2021 Ghana Premier League season.

Prior to today’s encounter against the Still Believe lads, the Phobians had played three matches in the ongoing season without recording a win.

Determined to turn things around, the capital-based club set up strong with coach Kosta Papic naming an attacking side to do battle for the team.

After a good showing in the first half, Hearts of Oak managed to go into the break with a deserved lead courtesy of an equalizer from striker Kwadwo Obeng Jnr.

In the second half, the forward continued with his dazzling displays and made a massive contribution to the team.

Just three minutes after recess, Michelle Sarpong scored with a fine effort to double the lead for the Phobians.

The attacker will later in the dying minutes of the match score again to complete a brace while sealing a big 3-0 win for Hearts of Oak against Dreams FC.

The win means that the team has climbed to 6th on the standings of the Ghana Premier League table with five points.