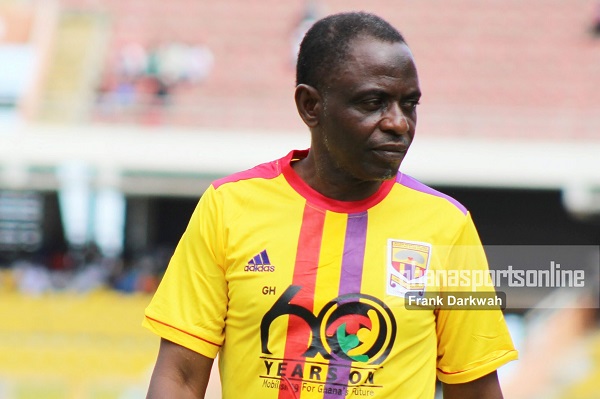 Football legend Mohammed Ahmed (Polo) says Ghana's Black Stars and African teams in general must begin to dream big and work hard towards breaking the quarter-final jinx which has plagued the continent since the Indomitable Lions of Cameroun were stopped by England from reaching the semi-finals of the 1990 FIFA World Cup in Italy.

Polo, who was a key player in Ghana's 1978 Africa Cup of Nations-winning team, said the Black Stars handlers and the Ghana Football Association (GFA) must begin to carefully look at how to break that jinx if an African country is to dream about winning the FIFA World Cup, as Cameroun (1990), Senegal (2002) and Ghana (2010) failed at the quarter-final stage at a time these teams were endowed with great talents and were highly fancied to reached the final of the tournaments.

"We have the talent capable of winning the FIFA World Cup, but there is the need for the GFA to put in place plans and programmes capable of transforming the Black Stars into a formidable side that would go beyond the quarter-final stage," Polo to the Graphic Sports in an interview.

“We can go beyond the 2010 World Cup record of reaching the quarter-final stage, and with proper planning by the FA, Ghana can be the first Africa country to go beyond the semi-final stage of the tournament and even win the trophy,” Polo stated.

The former AFCON winner said he was not oblivious of Ghana's struggle to win a fifth continental title since 1982 and added that a good plan to reach the semi-final of the World Cup must be integrated into plans to win the African Cup of Nations and use that success as a springboard for a successful FIFA World Cup campaign.

"Only a few countries have reached the quarter final stage of the World Cup, and in 2010 it was just hard luck that denied Ghana a semi-final berth; it is a proof of our potential and how far we can get to, which the FA and the national team handlers must world hard to achieve.

"Africa, and for that matter Ghana, must look beyond the quarter-finals of the FIFA World Cup. We must begin to think about what it will take to win the FIFA World Cup and not just be mere participants because we are blessed with talents but we need organisation and planning to get the best out of our talents," he added.