Paintsil:Park was my most difficult opponent 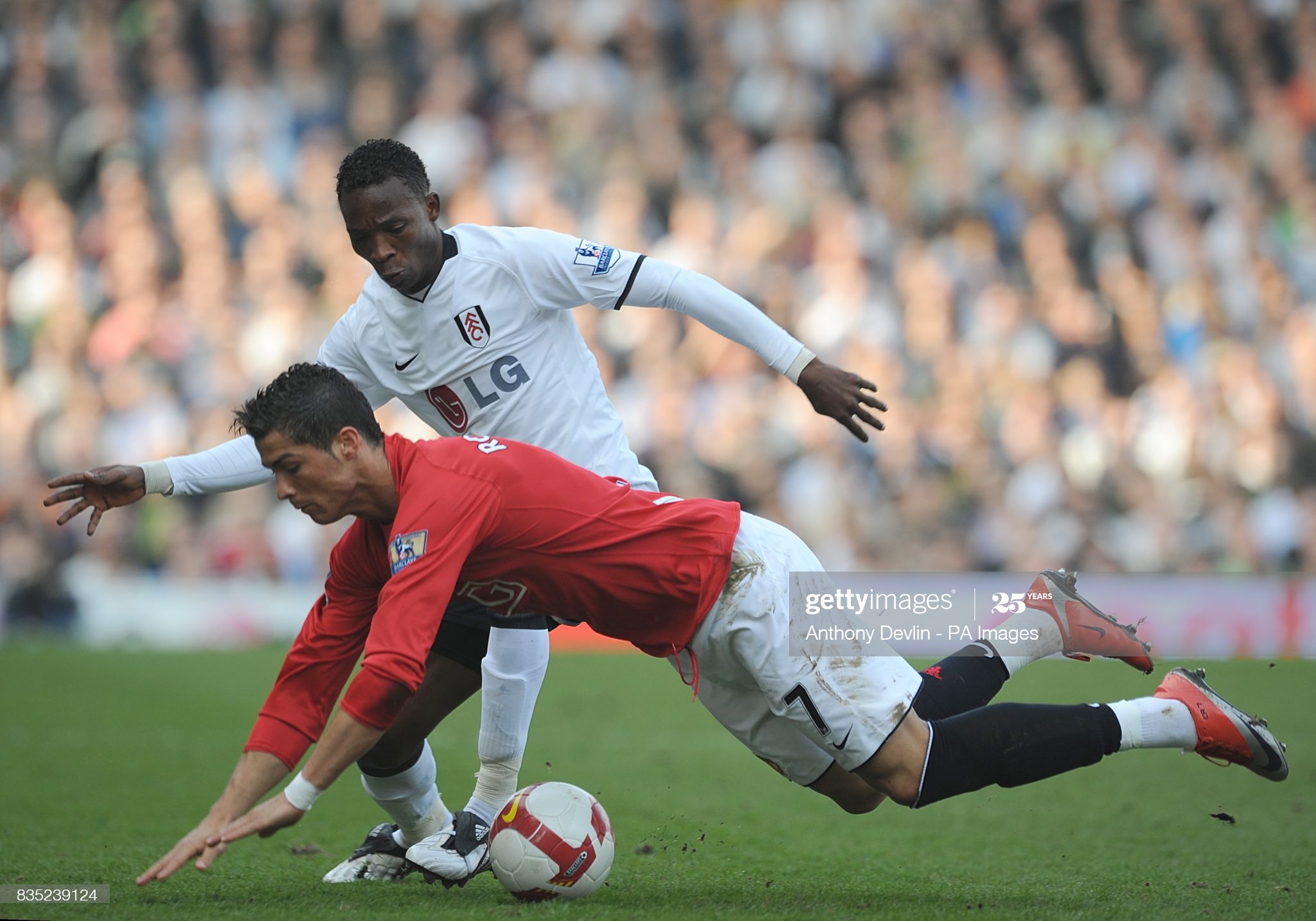 Flashback: John Paintsil with Critiano Ronaldo in the EPL

A Former Black Stars stalwart defender, John Paintsil, has singled out the South Korean football legend, Ji-Sung Park, as the player he found most difficult to handle during his days with Fulham in the English Premier League (EPL).

In picking Park ahead of established stars such as Cristiano Ronaldo, Wayne Rooney and others, Paintsil told the Daily Graphic in an exclusive interview that the South Korean was a relentless competitor and very difficult to handle because he played like a typical African player .

“No matter how you heckled, kicked and tackled him, he was always coming forward to win the ball from you. Apart from Park, I had it easy handling all strikers from the opposing team, including Cristiano Ronaldo and Wayne Rooney, who were playing for the defending champions, Manchester United, during the 2008/2009 football season.

Paintsil recollected competing against Ronaldo on three occasions- twice in the league and once in the FA Cup- and in all the matches, he successfully took care of the Portuguese legend who later became multiple winner of the FIFA World Best Player award.

“ I always marked him closely, slide tackled him to clear the ball away, or professionally kicked him as soon as he had  total control of the ball. We were always fighting anytime we met, and referees  had it tough anytime we played.

"In one of our matches, I frustrated him so much that he eventually lost his temper and attacked me so the referee slapped  him with his yellow card,” he explained.

“He [Ronaldo] is a player who always want to be comfortable on the pitch, so if he meets a defender like me, he becomes frustrated and find it difficult to play his normal game.”

According to Paintsil, Fulham’s 4-0 victory over Manchester United at Craven Cottage during the 2008/09 football season was a match in his life, explaining that defeating the then defending champions with star players such as Edwin Van der Sar; Nani, Antonio Valencia, Paul Scholes, Ronaldo and Rooney among their lineup with such a huge margin left an indelible mark on his mind.

“Ronaldo was  a player who always wanted to be comfortable on the pitch, so if he meets a defender like me, he becomes frustrated and find it difficult to play his normal game. I took my time to study him, so it was easy to play him out anytime we met in competitive matches”  revealed Paintsil who made 75 appearances for the London club between 2008 and 2011.

Paintsil, who hanged up his boots in 2013 for a coaching career, however heaped praises on former Fulham manager Roy Hodgson  for being the brain behind his success story in English football, saying his former coach at Fulham was not only a mentor to all the players but also a father who always took the pressure off the players and made sure that they were in the best of moods to perform well.

He disclosed that Hodgson inculcated in his players a culture of positive attitude, winning mentality and togetherness, making it possible for them to be very competitive in all competitions.