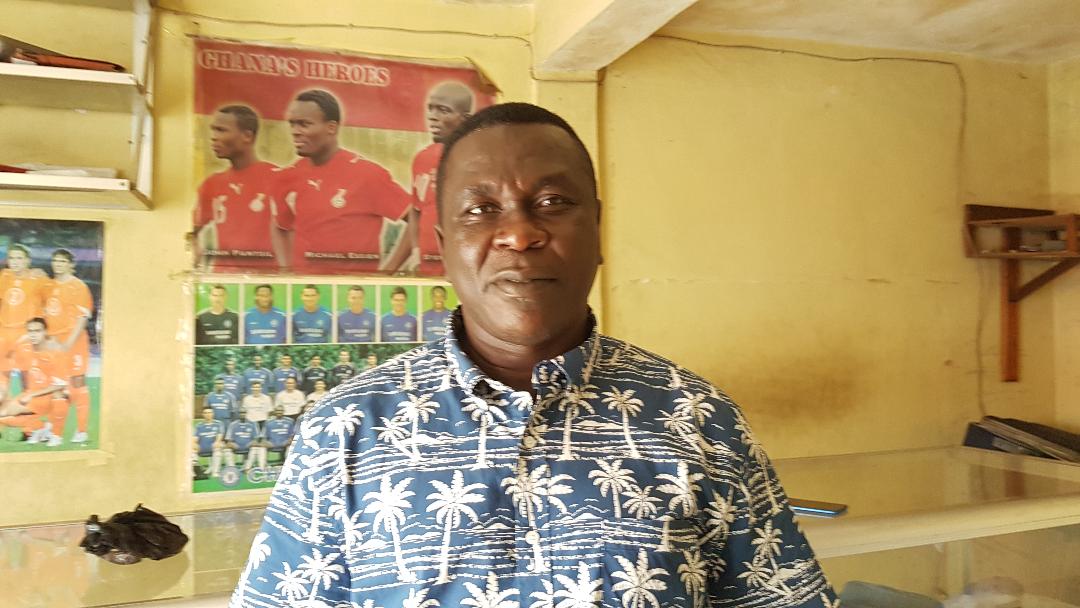 The exclusive set from his generation included Abedi Ayew Pele, Tony Yeboah, Abdul Razak and Hesse Odamtten, with Edward Ansah in post, while asserting that had the squad played together at a particular point in time, Ghana would have won many trophies in Africa and beyond.

“This team is very strong, solid and contributed much to their clubs and country when they were at their peak. They would have been able to achieve much for Ghana if they had played together at the same time,” Frimpong Manso explained to the Graphic Sports Online.

In selecting his best team, Manso included himself, Frank Amankwah, Hesse Odamtten, Samuel Osei Kuffour and himself in defence, with Michael Essien and Abdul Karim Razak as holding midfielders and Abedi Pele and Stephen Appiah as attacking midfielders, Mohammed Polo attacking from the left flank and Tony Yeboah as the sole striker, while Edward Ansah kept the post, Frimpong Manso said he believed that had these players played at a particular point in Ghana, there was no way any team in Africa could have competed with Ghana in any tournament in Africa.

In attack was the former skipper of the Black Stars, Asamoah Gyan, while Abukari Damba, formerly of RTU was the reserve goalkeeper.
Giving reasons for selecting Edward Ansah in post, he said besides being a disciplined and calm person, his prowess in winning 50-50 balls was extraordinary.

“His ball distribution on the field was superb and his punching power and accurate passes to teammates were beyond description. There were equally good goalkeepers during our generation but none of them could match him in terms of quality, so he remains my number one choice in the post,” he noted.

Mayanga was of the view that Frank Amankwah stood tall not only as a good defender but added a touch in helping the attack at the least opportunity.

“Frank was very strong and had speed, so he always supported the attack and his recovery rate after losing the ball was unmatched during our time.”

.On Hesse Odamtten, he said he was one of the few right-footed players who played at the left back position.

“Even in tension-packed matches, Hesse was very composed and comfortable with the ball and always relaxed as he took on his opponents with good tackles.

He had speed to join the attack and scored with ease with both his head and legs. With him in defence, the team was always solid,“ he revealed.

Turning to Samuel Osei Kuffour, he said he excelled at both club level with Bayern Munich and the Black Stars.

“In terms of his commitment in competitive football, ball distribution and work rate in matches, Kuffour was matchless. He was the best achiever in Ghana football, especially at club level, but has been overlooked over the years when we are rating the best defenders in Ghana.

But to me, he stood tall among his peers in defence in our generation so he gets my nod in defence,” he explained.

For the midfield role, Manso was quick to pick Michael Essien, whom he described as the best in terms of technique.

“He plays very simply; supports attack, scores, falls back to defend well and was very good in box to box balls. He easily copes with pressure and this makes him my number one in the midfield role.”

As for Abdul Razak, he said he was an extraordinary player who dominated both the local and international scenes in the late 70s and early 80s.

He said the ability of Razak to hold onto the ball, create spaces and distribute balls to teammates, as well as split defences with ease to create opportunity for teammates to score made him a kingpin in midfield.

“He was a playmaker and his accurate passes won the hearts of many football fans,” he recalled the Golden Boy’s prowess.

Mayanga said Stephen Appiah was technically good as he was not only able to raise games but had good finishing as well, while Abedi Pele’s individual ability to win and hold on to balls and also create goal-scoring opportunities for teammates made him one of the best in the continent and beyond.

For Mohammed Polo, he said he was a player who was very skillful and had the ability to dribble opponents to take chances.

He also rated Tony Yeboah very high in terms of his proficiency in turning half chances into goals. Describing him as a strong man with good shots and ability to score with aerial balls, he said it was such qualities that made him one of the best strikers in Germany during his peak.

On why he selected himself among the best in his generation, Mayanga beamed with smiles and said that apart from being a hard nut to crack in defence, he was also good in marking opponents, and was also technically good in both defence and midfield.

His reserves in defence comprised Kwasi Appiah and Emmanuel Ampiah, whom he described as intelligent players who could read the game very well and adjust easily to any situation in time.

He also selected Sulley Ali Muntari, Charles Kwabla Akornoo and Joe Debrah as midfielders, with Asamoah Gyan as a reliable striker who carried Ghana very far at the top level.