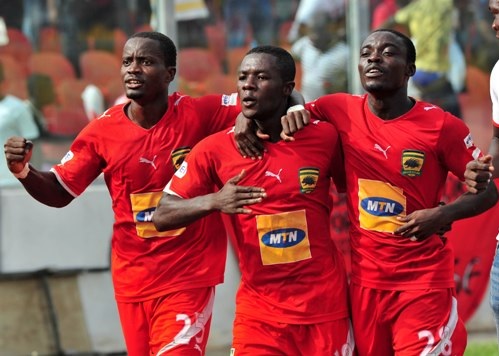 Asante Kotoko inched closer to their 22nd league title after defeating AshGold 2-1 at the Essipong Stadium in Sekondi.

Goals from striker Ransford Osei and midfielder Michael Akuffo were enough for seal victory for Kotoko.

The Procupine Warriors will win the league if they defeat Amidaus in their final group match of the season.

Failure to beat Amidaus next week could see Chelsea, who beat Aduana 1-0, pip Kotoko to the league title.