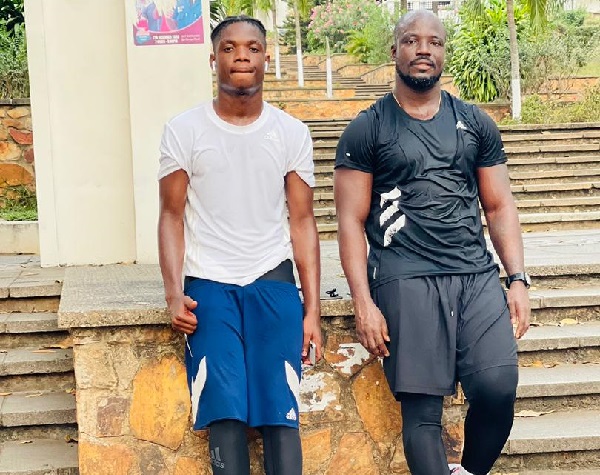 Jacob, an attacker who rose to fame when he captained St. Thomas Aquinas Senior High School (SHS) in the Inter-Schools and Colleges competition, is expected to follow in the footsteps of his father by playing for the Wonder Club.
Players’ readiness
According to Daily Graphic sources, the 23-year-old talent, who was raised up in Scotland, could put pen to paper when the transfer window opens on February 16.
Olympics look good to add Rodney, a 19-year-old son of the former Black Stars skipper, Stephen Appiah, as they seek to bolster their squad for the second round of the league.
The source disclosed that Rodney, an offensive midfielder who was born in Udine, Italy, is looking forward to launch his career in Ghana.
“Everything is in place for them to sign for Olympics when the transfer window opens,” the source told Daily Graphic.
“They are keen on making an impact in the local league and I believe they have a lot to add to this Olympics team when they sign”.

Training
The duo have been training with Olympics for sometime now under the tutelage of Coach Yaw Preko who recently took over the club in a caretaker capacity.
Appiah and Kingston started their careers in the Ghana Premier League with Hearts and Olympics before playing at the highest level in Europe.
topstories, Daily Graphic Newspaper, Graphic Sports Newspaper, latest-stories