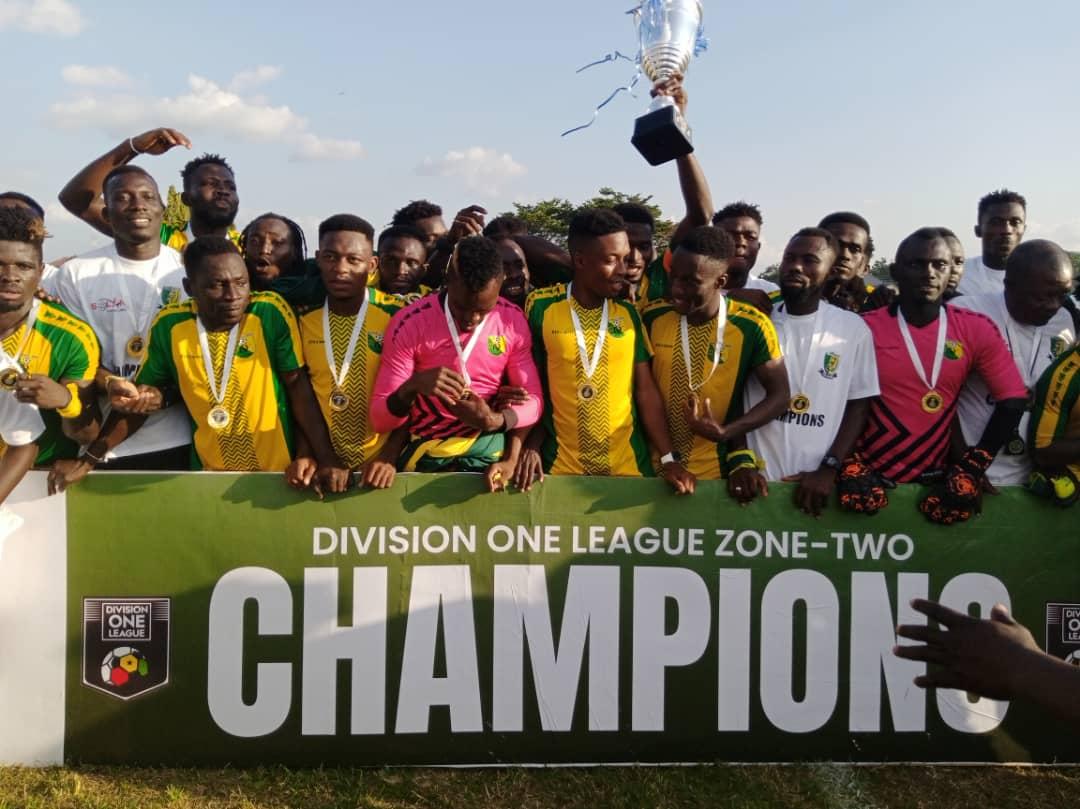 Goldstars were the first to qualify from Zone Two two weeks ago, with 65 points. However, both Accra Lions and RTU had to wait till their last league matches at the weekend.

The coronation of Goldstars as Zone Two champions happened yesterday at Bibiani amid fanfare among the club officials, technical team, playing body and the massive supporters from Bibiani and its environs.

A source close to the club revealed that some officials from the Ghana Football Association (GFA) were in Bibiani yesterday to present the GH¢50,000 prize money, a trophy and medals to the club.

At the Accra Stadium last Saturday, the coronation of Accra Lions as Zone Three champions also took place after an exhibition match with a lower tier side, following the expulsion of Amidaus Professionals from the DOL.

Lions were also presented with a prize money of GH¢50,000, a trophy and medals by officials of the Division One League Board (DOLB).

In  Zone One, RTU beat closest contenders, Bofoakwa Tano, at the finishing line yesterday after beating Unity FC 2-0 in a local derby at the Aliu Mahama Stadium in Tamale to finish tops with 65 points.

Bofoakwa, who were hoping to win the zone at the expense of RTU, were held to a pulsating goalless drawn game by Berekum Arsenals at the Golden City Park yesterday.