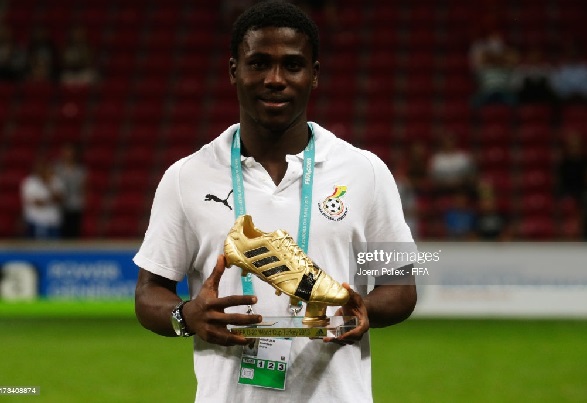 IT’S been eight years since Ghana finished second runner-up at the 2013 edition of the FIFA U-20 World Cup in Turkey after missing out on the trophy.

The Black Satellites team that was coached by Sellas Tetteh at the time gave a big impression at the tournament by winning a bronze medal with most of the players tipped for greatness.

Captained by defender Lawrence Lartey, the team picked up from a slow start to qualify as one of the best-placed teams from the group stage.

However, they managed to reach the semi-finals but a 2-1 defeat to eventual winners France;  after which Ghana beat Iraq 3-0 to finish third.

The team’s performance threw out numerous talents across the various participating teams with most of the Ghanaian players expected to reach higher heights in their careers.

However, almost a decade since achieving that feat, the Graphic Sports wants to assess the Ghanaian team and how its players fared after impressing at the world stage.

The left-back was an instant hit at the tournament having signed for then Germany Bundesliga side Greuther Fürth from Asante Kotoko a year before the competition.

Rahman joined Augsburg in 2014 after Greuther Fürth were relegated from the Bundesliga. He later joined Chelsea but struggled to fit into the team and has been playing on loan since then.

The 27-year-old still has a contract with the English giants and is looking forward to impressing coach Thomas Tuchel to earn a place in the team in the upcoming season.

He continues to play for the senior national team Black Stars since earning his maiden call-up in 2014.

Acheampong signed for Belgium side Anderlect after the tournament and made 116 appearances scoring 13 goals in the Jupiler League.

The pacy forward’s form after the tournament made him a regular feature in the Black Stars set-up but a move to the Chinese Super League affected his international career.

However, the 27-year-old, who still plays in China, is hoping to resurrect his career at his new club.

Having won the Adidas Bronze Ball at the tournament, a lot was expected from the then Inter Allies influential player.

Aboagye left Ghana to sign for Spanish La Liga outfit Granada in 2013 where he was taken to the youth team to develop due to his age.

However, he failed to break into Granada’s first team and left for Mexican side Atlas FC four years later but he now plays for Club Tijuana after signing for them last year.

The 26 year old’s stature has been blamed for his inability to reach higher heights after his breakthrough tournament in 2013.

At age 19, Assifuah made a name for himself when he won the Adidas Golden Boot of the tournament after scoring six goals.

He went on to join Swiss topflight side FC Sion where he impressed with 15 goals in 88 appearances.

Moves to French outfits Le Havre and Pau FC have slowed the 28 year old’s progress, especially with the expectation after a stellar tournament in 2013.

The Black Stars goalkeeper was part of the bronze-winning U-20 team that played at the World Cup in 2013 and has since moved to South Africa to ply his trade.

Attamah was an instrumental figure in the team and the then Wa All Stars central defender left for Turkey to play for Adana Demirspor in 2014.

After two stellar seasons, he joined Instanbul Basaksehir in 2016 but was later loaned out to Turkish elite clubs.

His inconsistencies has led him in and out of the Black Stars team with only four caps to his name. 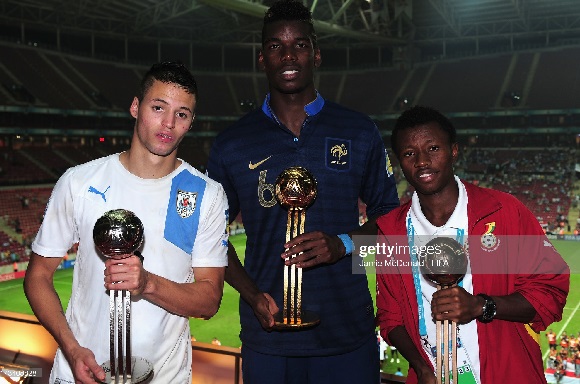 The midfielder currently plays in the Swedish League eight years after leaving for Europe to play for AIK Stockholm.

At age 26, Ofori has just seven Black Stars appearances and continues to struggle in earning a place in Coach C.K. Akonnor’s team.

Duncan was already in Europe when he dazzled for the Black Satellites in 2013 but has failed to live up to expectation.

Having joined Italian giants Inter Milan in 2012, Duncan failed to break into the squad and was loaned out to Livorno, Sampdoria, Sassuolo and Fiorentina before earning a permanent move to the latter.

The 28-year-old has 10 caps with the Black Stars and with age catching up with him, it will be difficult for him to reach the height expected of him.

Odjer was one of the standout players of the team in 2013 but has seen his progress delayed since moving to Italy in 2014.

The 24 year old’s dribbling and pace was expected to take him far but he has failed to play in the Serie A since leaving Ghana.

Lartey captained the Black Satellites at the 2013 FIFA World Cup and was impressive throughout the tournament.

His stellar performance at the mundial earned him a move to South African side Ajax Cape Town and later Club Africain of Tunisia.

However, eight years after leading his country to a bronze medal, Lartey currently plays in Ethiopia after signing with Hawassa Kenema.