Emmanuel Nettey, two others return to Hearts of Oak training 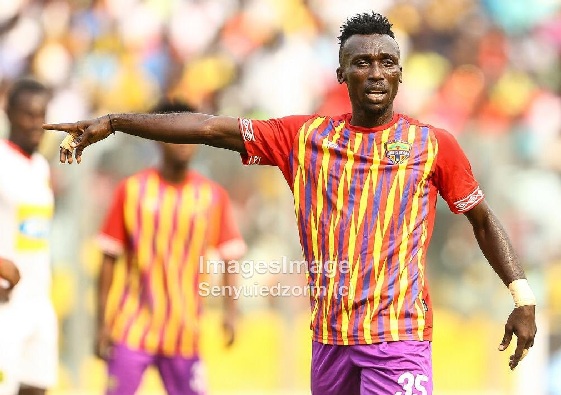 Accra Hearts of Oak have announced the return of injured trio Lawali Mamane, Emmanuel Nettey and Abdul Aziz Nurudeen ahead of their Premier League encounter with Eleven Wonders.

Lawali, Nettey and Nurudeen trained with their colleagues at the St Thomas Aquinas Park on Wednesday having recovered from their respective injuries.

The return of the trio remains a boost for the Phobians who are looking to returning to winning ways following their 1-1 stalemate with Elmina Sharks in their last league outing.

Lawali had been on the treatment table for the past weeks while Nurudeen made a swift recovery from the injury he suffered in training prior to the Sharks’ game.

Nettey on the other hand is ready to commence training having been out of the ring for weeks due to an ankle injury.

Announcing the return of the players, the club’s official Twitter page wrote “Lawali, Nurudeen and Nettey resumes training. Midfield general, Lawali joined his team mates in today's training session after few weeks of absence due to a minor injury. He was cleared by the team's medical team after close observation”.


Hearts are hopeful of a vital win over Wonders to continue their quest to end a 22-year wait for the topflight this term.

Coach Kosta Papic’s side are undefeated in their last three league games with two victories and a draw. The Phobians need a win to enter into the top four of the league.