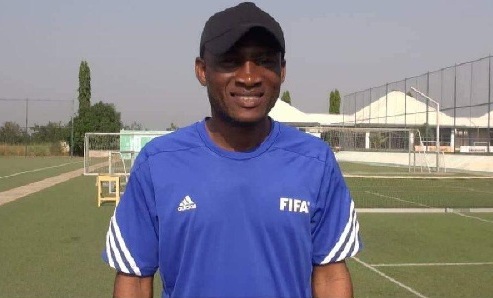 West Africa Football Academy (WAFA) are raring to go as they seek to roll out their plans for the rest of the year despite the cancellation of the 2019/2020 season by the Executive Council of the GFA.

The club’s policy makes it possible for all players within their domain from the U-12 ,U-15 and the senior team to be groomed to the very top. WAFA’s focus is not solely on the Ghana Premier League but to train 365 days to prepare talents for export to the major European Leagues for profit.

As the club awaits the green light from the state for the return of football, the head coach of the Academy, Dr Prosper Narteh Ogum, believes the cancellation of the season will not affect the club’s programmes for the year.

In an interview with the Graphic Sports, Dr Ogum said the academy had plans to cater for the team and make it better ahead of their participation in the Ghana Premier League.

“It is not in our strategy to wait for the new season before we can work on the team to achieve our aims. We will just go back once clearance is given from the Presidency that sporting activities can commence. We will reassemble with serious training to get the academy in shape and keep the players fit,” he explained.

The coach revealed that WAFA had collaboration with some European clubs, hence they needed to get the players ready for their partners and that it would be unprofitable for the academy to use Ghana’s calendar to work on the players while the demand was high from abroad.

“Our duty is not to wait for the 2020/21 season to be announced. We have plans for that and there is nothing like the league has been cancelled at WAFA. We are anticipating a new date before we start training. We work all year round to satisfy our clients,” he emphasised.

According to Dr Ogum, the club had not been able to fetch resource from the exportation of players this year due to the Coronavirus outbreak and the suspension of the various football leagues across Europe but it is on the verge of making amends when things become normal.

He called on the various clubs to find means to make adequate resource for their operations but stressed the need for clubs to be compensated to cut down their cost after the cancellation.