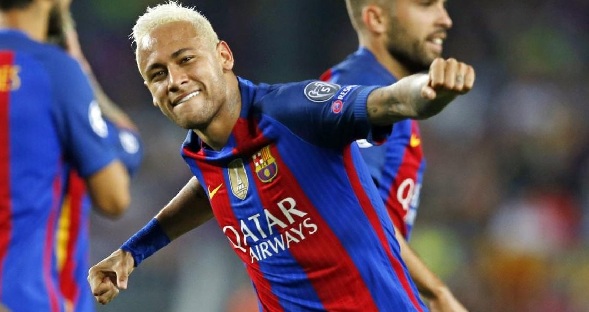 The Court of Arbitration for Sport (CAS) has rejected Brazilian club Santos’ case against Barcelona relating to the signing of Neymar in 2013, the Spanish club said in a statement on Tuesday.

Santos had presented a claim to FIFA in 2015 asking for £54m in compensation and damages after Barcelona made a payment to Neymar’s father and the family company N&N before signing Brazil forward for an initial fee of £51m.

‘The CAS found that the contract between Santos and Neymar was ended by mutual agreement and that Barcelona did not flout the transfer agreement when it paid additional fees to the player’s father and the firm N&N,’ Barcelona said.

The statement added that Santos had been ordered by CAS to pay Barca’s legal fees of £17,000.

Neymar’s transfer from his boyhood club to Barcelona was shrouded in legal troubles, leading Spain’s High Court to launch a fraud and corruption investigation into the player, who denied any wrongdoing over the value of his transfer.

The investigation also led to Barcelona’s then-president Sandro Rosell, who brokered the deal, resigning from the club in 2014.

Neymar enjoyed a trophy-laden four years at Barcelona and formed a world-beating front three with Lionel Messi and Luis Suarez before joining PSG for a world record fee of £198m.

Neymar then sued Barcelona over the partial payment of a loyalty bonus worth £23m but lost the case and was ordered to pay his former club £6m for breach of the last contract he signed with them in 2016.

Despite their legal battles, the Brazilian tried to force through a return to Barcelona last year and refused to train with PSG at one point, but the Catalans ultimately failed to meet the French side’s asking price.

Barca was expected to make another swoop for him this summer but president Josep Maria Bartomeu said on Wednesday the club was unlikely to make another offer for Neymar due to the financial impact of the COVID-19 pandemic.