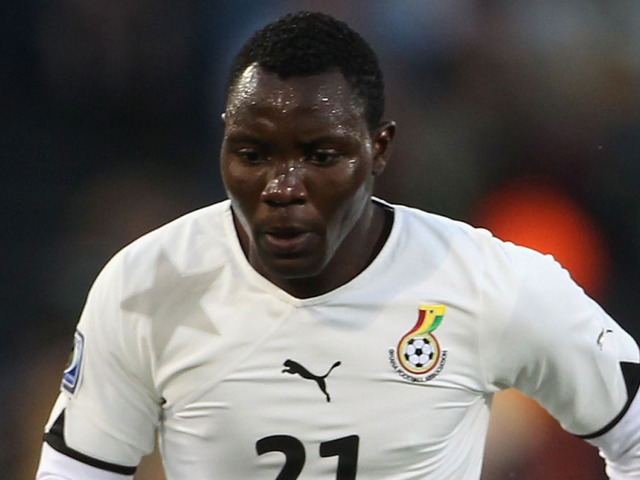 With the European leagues over and FIFA World Cup qualifiers beckoning, there will be little resting time for the Black Stars’ foreign-based players who begin non-residential camping today in Accra in preparation for an onslaught against the Sudan and Lesotho in two crucial away World Cup qualifiers.

Last Friday, Coach Kwasi Appiah named his 25-man squad for the two crucial away ties early next month with virtually a full house expected at training this afternoon at the Accra Stadium. With the exception of SuperSport United’s Edwin Gyimah, Espanyol’s Mubarak Wakaso and Harrison Afful of Esperance who have sought permission to arrive late due to club commitment, all the other foreign-based players are in town and poised to prepare for the must-win matches in Khartoum on June 7 and in Maseru a week later.

Wakaso has up to tomorrow to join the team after he featured for Espanyol in the local derby against Spanish champions, Barcelona, as the La Liga came to an end yesterday, while Afful can only join the team at their training camp in Ethiopia later this week.

Esperance defender Afful is also on duty for his Tunisian club who are engaged in a tough championship contest with Club African, CS Sfaxien and  Etoile du Sahel. Esperance are currently engaged in the Tunisia  Ligue 1 Championship play-offs and must win this round-robin event to secure their places for next year’s CAF Champions League.

Apart from the notable absence of goalkeeper Adam Kwarasey, who has been left out of the squad to enable him undergo an eye surgery, there were no major surprises in the team named by Coach Appiah.

Aduana Stars’ goalkeeper Stephen Adams, Samuel Inkoom and Dominic Adiyiah all of who missed the boat to this years Nations Cup in South Africa, make a return to the national team just as Kumasi Asante Kotoko's Rashid Sumaila who earned a call-up during the preparations for AFCON 2013 but could not make the final squad.

Coach Appiah, in an interview, said it was important to have an all involving-team that could execute the strategy to claim the maximum points in the two games.

"Ultimately, we are looking at the importance of the two matches and what has to be done. It's crucial that we win all the points at stake and I think the players called up are not new to the team and the assignment ahead," Coach Appiah said in an interview.

The Stars trail the Group D leaders, Zambia, in second place and on six points. Victories over the Sudan and Lesotho would bolster Ghana’s chances of qualifying for the 2014 Mundial in Brazil.

Their last game will be at home against Zambia in September.

Group winners will then proceed to the final round of a two-tie play-off with the winners qualifying for Brazil 2014.

The invited players are.