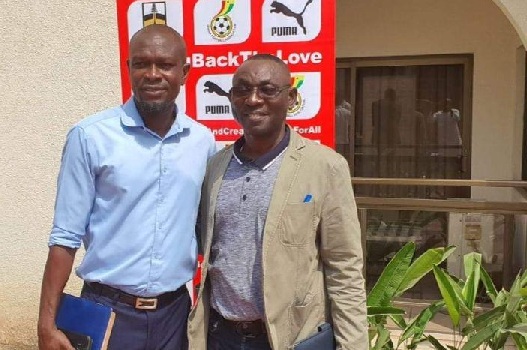 Coaches of Ghana’s Black Stars are still sweating over when their next pay cheque will hit their accounts, two months after the Ministry of Youth and Sports released the first installment of a 13-month salary arrears.

With just six months to the end of their two-year contract, coach Charles Kwablan Akonnor and his assistant, David Duncan, have been paid for just five months' work, and there is uncertainty over when the outstanding balance will hit their accounts.

Two months ago, the Minister of Youth and Sports, Mustapha Ussif, ordered the payment of five months of Coach Akonnor’s $20,000-a-month salary while Duncan received seven months of his salary, estimated at $70,000.

However, at a time when the Ghana Football Association (GFA) has gone ahead to hire Dutchman Patrick Greveraars as the second assistant coach for the team, his Ghanaian compatriots have been left to work on virtually empty stomachs, with their conditions of service largely unfulfilled.

Coach Akonnor and his assistant were engaged by the GFA in January 2020, with the ministry expected to pay their monthly salary through an arrangement with the Ghana National Petroleum Company (GNPC).

However, it was not until April, 2021 when Akonnor and Duncan saw their first and only pay cheques, with Akonnor's accounts credited with GH¢593,000 and Coach Duncan also paid an unspecified amount which the Graphic Sports understands covered seven months of work.

The Graphic Sports understands that the Ghanaian coaches are growing increasingly frustrated by the treatment and disrespect being meted out to them from the football authorities.

“The coaches are very disgusted by this kind of treatment being meted out to them by the authorities and keep making comparisons between what is happening to them now and how the same authorities dispatch the payment of foreign coaches with alacrity,” a source close to the coaches disclosed to the Graphic Sports last Friday.

It is understood that GNPC is no longer funding the salary of the national team coaches but is rather supporting the sports ministry financially for other ventures, including the construction of artificial football pitches in communities across the country.

According to the source, the coaches are also disappointed that their principal employers, GFA, has not intervened to ensure prompt payment of their salaries for work done, even though other expatriates hired by the football governing body have no such issues with their remuneration.