Asamoah Gyan delighted to be back to Premier League 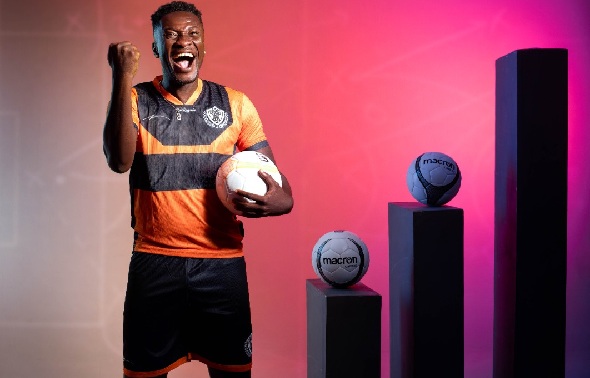 Legendary forward, Asamoah Gyan, has described his move to the Ghana Premier League as an exciting one following years of playing for European and Asian sides.

Gyan, who joined Legon Cities ahead of the new season, said he was glad to be returning to the league where it all begun 17 years ago with Liberty Professionals.

The nation’s all-time topscorer trained with the Royals for the first time last Tuesday and explained that his return would help market the league.

“It feels good. Ghanaians have been watching me across the places I have been and finally I’m back home so it feels good to be home," Gyan told the club's media. Sometimes it brings back memories. I just ask myself so how am I gonna do it? Am I going to play like I did in 2003?”

The 34-year-old played for Udinese, Modena, Rennes and Sunderland during his nine-year stay in Europe from 2003 to 2012.

He later moved to Asia from 2012 to 2020 and featured for the likes of Al Ain, Shanghai SIPG, Al Ahli Dubai and NorthEast United.

Gyan returns to the Ghanaian topflight with vast experience and fame unlike in 2003 when his young career was about to kick off.

“I think my name is a household name now. In 2003, it wasn’t. For now, people will be coming to the stadium purposely to see me so I’m very happy to be back and play in the Ghanaian league”.

Gyan chose Legon Cities amidst several options outside as he looks to play in front of his home fans. However, he said signing for the club was not a decision he made overnight.

“It wasn’t an easy decision but sometimes you have to accept certain things. The last time I played football was in January and I got injured. I’m now okay injury-wise and decided to work extra hard because I added a bit of weight. When Legon Cities contacted me, we had to evaluate everything and everything was successful”, he said.