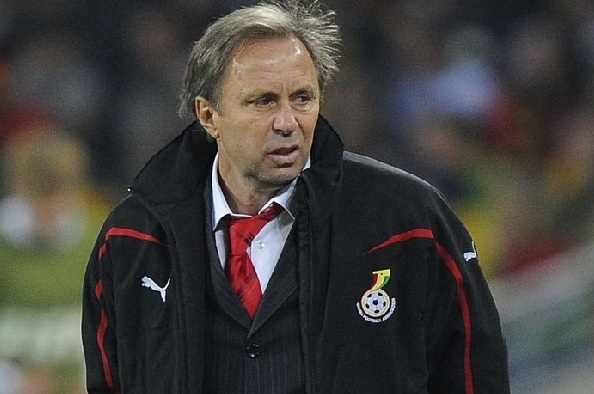 Newly appointed Black Stars coach Milovan Rajevac has 600,000 good reasons to succeed in his second spell with the team as the Ghana Football Association (GFA) has dangled a massive carrot before him as extra motivation to successfully execute his two main tasks of guiding Ghana to next year's FIFA World Cup and a fifth African title.

The Serbian will be laughing all the way to the bank with US$600,000 in bonuses if he qualifies Ghana to a fourth World Cup appearance in Qatar and wins the Africa Cup of Nations in Cameroun next year.

Should he take Ghana to football's biggest global gathering, it will trigger an automatic renewal of his existing one-year contract to keep him as the national team coach until the end of the 2023 AFCON in Cote d'Ivoire.

At his unveiling last Friday for a second spell, GFA General Secretary, Prosper Harrison Addo, explained that the coach had two main targets: to qualify Ghana for the World Cup and also win the AFCON in Cameroun next year, for which the FA had put together a reward package if he achieves those targets.

Unlike his first tenure with the Black Stars from 2008 to 2010, the 67-year-old Serbian will be in charge of the team for a year to cover the AFCON and FIFA World Cup next year, the success of which could land him a contract extension.

“The tenure for the agreement is for a year and if the coach is able to qualify us for the World Cup, his tenure automatically extends to the end of February 2023, meaning he will go to the World Cup and take us to the following AFCON which will be played in January to February 2023,” Mr Addo said.

“Again, as we have it in all the other coaches’ contracts, the milestones that we want to be achieved include not only the improvement of our team but also qualification to the World Cup, which is very key for us and of course winning the AFCON. If the coach is able to achieve this by qualifying to the World Cup, he is entitled to the sum of $300,000. Of course, on winning the AFCON, which is dear to our hearts, the coach will also be entitled to the same amount,” he added.

There is a clause in the new contract which bars the coach from engaging in the services of a player agency or an intermediary, failing which could lead to the termination of his contract, the FA General Secretary disclosed.

“Also we have a clause which talks about agency. This is something that comes up every time. This time we have it in the contract, which talks about no agents, so in this negotiation the coach does not have any agent. The FA also does not have any agents. So should the coach be found dealing with an agent or intermediary for players, it’s a ground for the termination of the contract and also there are consequences,” Mr Addo said.

Even though Rajevac will be working with an interpreter — the same person with whom he worked during his first term — his salary will be borne solely by the Serbian coach and not the FA.