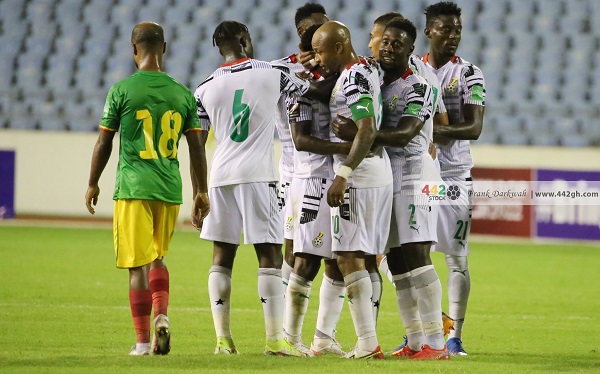 Ghana's Black Stars got their FIFA World Cup second round qualifiers off on a winning note after recording a slim 1-0 victory against Ethiopia at the Cape Coast Stadium on Friday.

Midfielder Mubarak Wakaso scored the winning goal in the 35th minute when his long drive slipped through the hands of Ethiopian goalie Teklemariyam Shanko who miscalculated the shot by the Shenzhen F.C.

The win put Ghana on top of the Group G log ahead of Soth Africa and Zimbabwe who played out a scoreless draw in the other group clash on Friday.

Ghana next play against South Africa in Johannesburg on Monday, while Ethiopia host Zimbabwe at the Bahir Dar Stadium on Tuesday.

Ethipoia coach Wubetu Abate said he was genertally satisfied with his team's performance but it was unfortunate they conceded a "silly goal".

For Ghana coach, Charles Akonnor, he was glad with the result even though the pteam's performance was not generally exciting.

"I must be honest with myself, we were not too exciting with ourselves but at least the team was efficient," he said in a post-match interview."