Feature: Will $25m be the game changer? 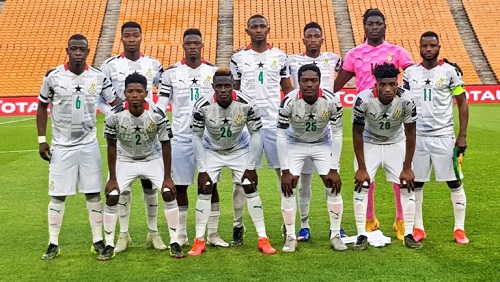 The bane of most of our national teams inability to win at the international stages has always been attributed to funding and by extension poor preparation.

It is an undeniable fact that before any country can be successful at any competition, adequate and long-term preparation is key and that obviously comes at a cost.

A typical example is Germany who set out a target to win the World Cup at a point and made pragmatic effort to groom players and that was witnessed in their success at the mundial in 2014.

Indeed, the road to that single feat in 2014 was estimated to have cost more than €1b and took over a decade to achieve. After they were knocked out of the European Championship in 2000 and upon realising that the German Mannschaft failed to win a single game in the tournament, a decade of conscious preparation was set in motion.

The long-term investment saw them creating a coordinated national system of youth leagues, sports facilities, training regimens and individualised skill-building for players selected to advance toward the Bundesliga.

Gradually this plan was put in motion and some 10 years later we saw Germany dominating in world football which contributed to their winning the World Cup in 2014.

Same can not be said for Ghana whose attempt to win the AFCON for well over four decades have yielded no positive results.

This is simply because we have not put in place any proper structure that we can follow through to achieve the desired outcome.

Instead, we always approached competitions in a haphazard manner, hoping to win at all cost simply because Ghana is endowed with talents good enough to take on anyone on the continent, as if that alone is what is needed now to achieve our target at international competition.

Whereas other countries consciously invest and plan for a long-term success, we only rely on our talent hoping God will always intervene by turning situations in our favour even with our poor approach to preparation.

In the past when the Black Stars won competitions, particularly the AFCON, it was based purely on our superior talent. But those days are long gone and if we truly want to end the four decades of starvation of the AFCON trophy, then now is the time to start the preparation.

Last week, President Nana Addo Dankwa Akufo Addo launched a $25m fundraising effort to ensure the Black Stars are adequately funded to be able to break the 40-year jinx and improve on their quarter final berth at the 2010 World Cup.

As much as this may sound laudable, it will take only a miracle for us to annex the trophy again looking at the kind of preparation the country is making towards this tournament.

It is said that you cannot repeat doing the same thing and expect different results, but it appears we are expecting to win the trophy this time around with the same way we approach competitions.

We may be able to raise the $25m or even more but is that truly what we need to bring the AFCON trophy to the country once again?
I dare say that if our focus is just to raise money to win the trophy, then it will be a mirage because even when we did everything right including financial motivation in 2008 when the country hosted the competition, it ended in tears.

Comparing the talents that were around then in 2008 and yet we couldn’t win as against what we have today, I have no confidence that we can win this AFCON and even make it to the semifinal in the World Cup as President Akufo Addo envisaged.

Running around in search of cash to help win the tournament when proper preparations have not been put in place is akin to dipping an empty hook in a water hoping to catch a fish, it won’t happen.

So, this is the time to draw some lessons from what Germany did several years ago to win the 2014 world Cup and start planning towards that from now.

Instead of raising money to support the national team towards their preparations for the AFCON and the World Cup, we should rather start identifying some exceptional talents and groom them from now and give ourselves a decade geared towards preparing adequately to reap the long expected positive results.