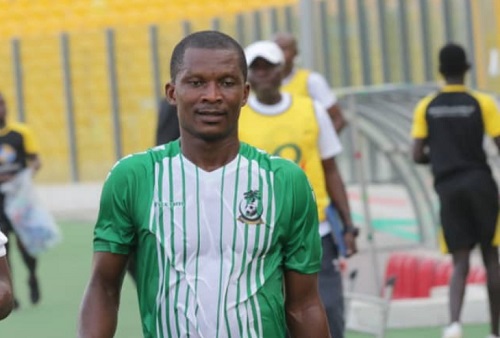 Premier League side, Elmina Sharks, have confirmed the capture of ex-Kotoko midfielder, Daniel Nii Adjei ahead of the start of the season.

The Elmina-based club who announced the signing of the 32-year-old player are hoping he would bring his experience to help the club complete the season at a more respectable position.

Confirming the capture of the player on their twitter handle, the club said “We welcome #DanielNiiAdjei to the Fearsome Elmina Sharks family. The former @AsanteKotoko_SC & @Kingfaisalfcgh midfielder joins to augment the squad with his experience. #FearsomeSharks #GPL”.

Adjei has had a wonderful career having played for TP Mazembe in DR Congo as well Kumasi Asante Kotoko and King Faisal.

Sharks which is owned by businessman, Dr Papa Kwesi Nduom, have been quiet on the transfer market and it appears their latest signing would present more options for Coach Yaw Acheampong in the coming season.

They also disclosed the capture of James Bissue who was drafted to Coach Acheampong's side to solidify their midfield department. Bissue, who is an ex-Eleven Wise and Hearts of Oak player and also played for several clubs abroad, signed a two-year deal with Sharks earlier in the year.