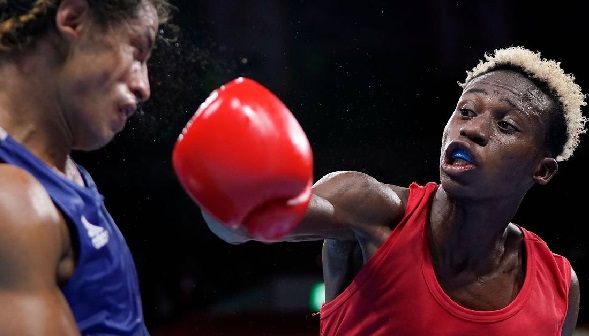 Amateur fighter, Samuel Takyi qualified for the quarter-finals of the ongoing Olympic Games after earning an impressive 5-0 unanimous decision win over Ecuador’s Caicedo Pachito in their featherweight contest.

Takyi, who was making his maiden appearance at the Olympics, impressed the judges at ringside with his punching ability to win the bout.

The 19-year-old Black Bombers fighter dominated his opponent from the opening bell to the end of the fight to ensure he makes the new stage of the competition.

His victory makes him the first Ghanaian athlete to reach the quarter final stage of the ongoing Tokyo Olympics competition.

However, light-heavyweight boxer, Shakul Samed is expected to slug it out with Turkey’s Bayram Malkan on Wednesday as he looks to make the quarter final stage.