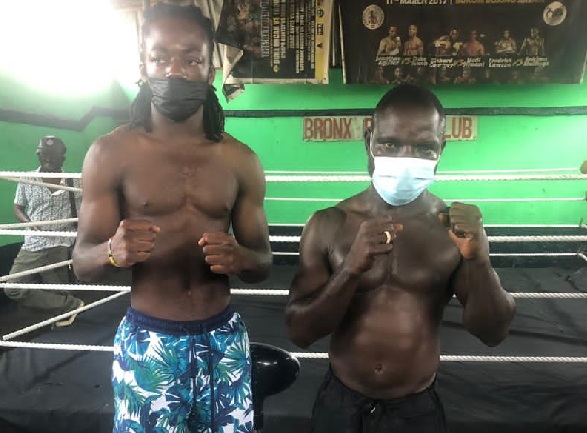 American-born Ghanaian fighter, Eslih Owusu, is set to announce his presence in Ghana boxing when he takes on experienced Benjamin Ankrah in a super welterweight contest in Accra on Thursday.

The bill, which is being staged by the Fight Ready Promotions, will feature over nine professional fights on the night.

Speaking to the Daily Graphic after weighing 157 pounds, Owusu said he was hopeful of an emphatic victory in his debut fight in the country.

The 20-year-old southpaw believed Ankrah did not have what it took to defeat him in tonight’s clash.

“I’m more than ready to take on Ankrah and I don’t see him as a tougher opposition in our fight on Thursday.

“I’m hopeful of an emphatic victory to mark an impressive Ghana debut. I’m more than ready and in good shape for the fight,” Owusu said.

In the other pairings, rising star Faisal Abubakar will slug it out with Francis Mensah in a super lightweight contest, while Jacob Dickson engages David Okine in a cruiserweight bout.