Duke Micah: I want to be an elite fighter by beating Casimero 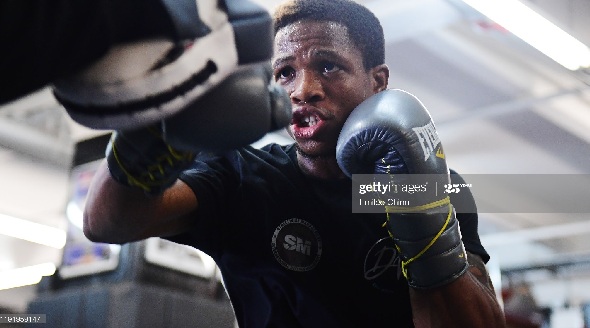 Ghana’s bantamweight contender, Duke Micah, says he is ready to defeat World Boxing Organisation (WBO) champion, John Riel Casimero on September 26 to be considered an elite fighter in the division.

Micah, who will challenge Casimero for his WBO belt, believes the time was ripe to prove his worth to the world by becoming a champion on his maiden appearance.

The 28-year-old New York-based undefeated fighter is expected to slug it out with the three-division Filipino champion on Showtime’s Premier Boxing Champions (PBC) pay per view card in Connecticut.

Micah’s challenge for the WBO title will be one of five world championship fights on the night, with the Charlo twins, Jermall and Jermell, set to headline the bill with separate fights.

In an interview with Boxingscene.com, Micah described his opponent as a great fighter and champion but was confident he would defeat him.

“I have respect for all the champions in boxing,” Micah told Boxingscene.com. “Casimero is a great fighter and a great champion. I’m confident that if God permits, I can win this fight.

Micah has been training under renowned trainer Andre Rozier and the American would lead him into the September 26 fight. Rozier led him into his comeback fights last year with wins over Luis Suarez Cruz and Janiel Rivera respectively having gone over a year without a fight.

In his upcoming career-defining bout, Micah hailed his team and said they will help him follow in the footsteps of legendary Azumah Nelson and Ike Quartey.

“I’ve got a great team behind me and I believe that I have the style to beat Casimero and become a world champion. Time will tell and I’m hoping to become Ghana’s next world champion.

“I want to follow in the footsteps of Azumah Nelson and Ike Quartey and become a great fighter for Ghana and Africa and make my family proud,” Micah noted.

Both Casimero and Micah are yet to fight this year. While the Ghanaian last fought in December, the Filipino was in the ring in November last year.