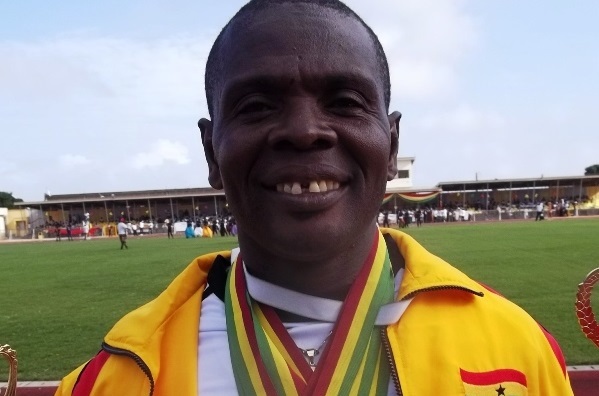 Coach Asare said he was impressed with the way the former WBO bantamweight champion fought Christopher “Pitufo” Diaz on November 20 on the undercard of the Terence Crawford-Shawn Porter ESPN+ pay-per-view card at the Michelob ULTRA Arena at Mandalay Bay last week.

He noted that Dogboe, 27, (23-2, 15 KOs) is now defending well and fighting more maturely, instead of rushing to look for a knockout and getting frustrated afterwards.

“Dogboe is now a mature boxer in the featherweight division. He takes his time, he doesn’t go for a knockout and he defends well and better,” he told the Graphic Sports in an exclusive interview in Accra last Thursday.

Dogboe, a former junior featherweight world titlist, won the entertaining bout via a majority decision of 96-94, 97-93 and 95-95.

The Ghanaian has won three successive bouts in the featherweight division after suffering two successive defeats in bantamweight againstMexican Emanuel Navarrete from Mexico in 2019.

After changing his training camp and management, Dogboe appears to have found his mojo.

Coach Asare, who is the lead trainer of the Black Bombers, wants him to maintain that performance and improve upon it.

“Previously, he fought hard looking for a knockout and when he didn’t get it, he got frustrated and this is why Navarrete easily defeated him.

“Now, he is a more patient methodical boxer and defends well too,” he noted.

He, however, cautioned Dogboe to seek more bouts before venturing for a world title shot.

“He must fight two or three more times to be well groomed in the featherweight division, before looking for the world title in that division,” he stated.