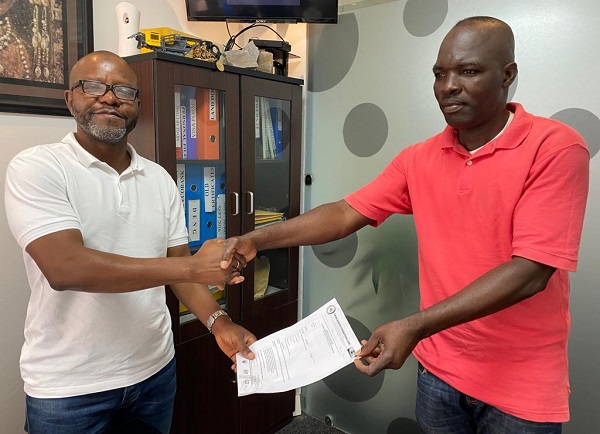 A boxing enthusiast, Alhaji Abdullah Pangansur Issaka, has put himself up for election as an executive member of the Ghana Boxing Federation (GBF) with a pledge to use his resources and contacts to help construct a modern, multi-purpose training school for boxers.

On Saturday the GBF goes to congress to elect new leaders to run the affairs of the controlling body for amateur boxing, with Alhaji Issaka making a case for a boxing training complex modelled on the football academy system which has proven beneficial in developing top talents across Africa.

Already an underground benefactor of former Ghanaian world champions, Joseph Agbeko and Isaac Dogboe, as well as some local boxing clubs, Mr Issaka said his dream of building a training complex for boxers was borne out of a strong belief that the facility would provide the best environment to tap into Ghana’s huge reservoir of boxing talents, develop them using modern techniques and facilities into boxers capable of winning medals at international competitions like the Olympic Games and also as future world champions.

“There is no doubt about the talent potential when it comes to boxing in this country but unfortunately we lack the facilities and the requisite technical know-how to really develop them to their full potential. That is my motivation to build an academy strictly to teach and train boxers. It will be like a boarding school with dormitories and classrooms, that’s the legacy I want to leave for Ghana boxing,” disclosed Alhaji Issaka, Managing Director of  freight forwarding and logistics firm, Freight Consult.

After investing in boxing over the years, Alhaji Pangasur said he would have a bigger impact and influence on the sport's development if elected onto the executive board of the GBF.

As many as eight executive positions -- President, First Vice President, Second Vice President, Treasurer, Executive Members (three) and Organiser -- would be up for grabs at Saturday's elective congress at the Accra Sports Stadium.

Land secured
Alhaji Issaka said he conceived the idea of establishing a training complex long ago, and that it was not just a campaign promise for his ambition. He revealed that  land had been secured outside Accra for the project that would combine sports and education for talented young boxers.

“Everything is in place; we already have the land somewhere around Shai Osudoku Hills. We will scout for young potentials all over Ghana and recruit a number to the school every year. We want to prepare them to be the best professional boxers they can be.”