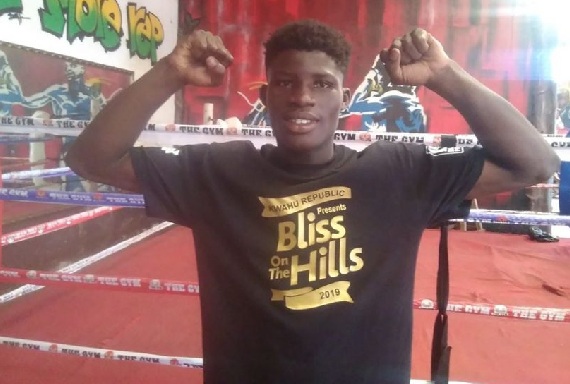 Undefeated featherweight boxer, Alfred Lamptey, has promised fireworks on August 7 when he takes on Tanzania’s Iddi Kayumba for the WBC Youth Silver and the WBO Youth championship at the Bukom Boxing Arena.

Lamptey expects a convincing win over Kayumba to pave the way for the WBO Africa championship in the future.

The rising star is yet to make an appearance in the ring this year following a stoppage win over veteran George Krampah last December.

Lamptey has been training feverishly ahead of the fight with Kayumba as he aims at an impressive victory next month in Accra.

In an interview with the Graphic Sports, Lamptey explained that he had been studying his opponent for some time and believed he had a bright chance to defeat him.

“It is going to be explosive because I need the win badly for my career,” Lamptey said and added that “I believe in myself and I know I am going to emerge victorious on the night.”

“I have been studying my opponent for some time now and I don’t think he is better than me in any sense.

“I have been working very hard for this fight and I won’t let the chance pass me by. I will take it so I can look forward to the WBO Africa championship,” he said.

Meanwhile, Kayumba will be coming into the fight with 13 victories in 18 bouts with his last ring outing being a unanimous decision victory over Ramadhan Sunya last February.