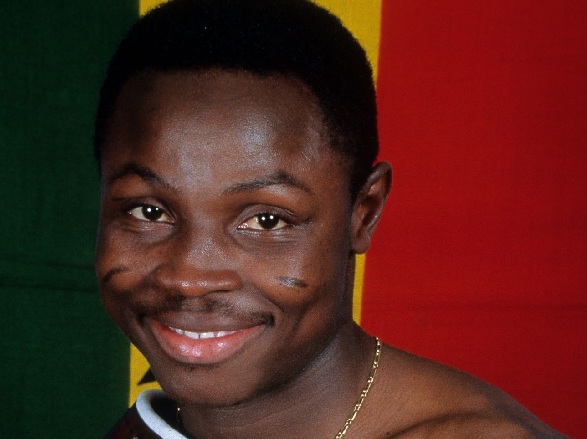 Burial takes place in New York of Kotey, a former World Boxing Organisation (WBO) bantamweight champion, who passed on two months ago after a protracted illness.
The new date was confirmed by the eldest son of the deceased, Mr Derrick Kotey, following a postponement of an initial August 29 burial arrangement.
Kotey’s remains are expected to be laid to rest with a simultaneous burial service in Bronx, New York and at the Trust Sports Emporium, which houses the Bukom Boxing Arena in Accra where members of the Ghanaian boxing community, family and friends will gather to pay their last respect to the boxer.
In an interview with the Daily Graphic, Mr Kotey, explained that the postponement of the funeral was as a result of the Ga Adangbe Council of New York’s inability to secure logistics for the burial due to COVID-19 restrictions.
“We have a new date and it was communicated to me over the weekend,” Mr Kotey said. “It was agreed to have it on October 3 after coronavirus considerations.
“The postponement was as a result of the inability to secure some logistics for the burial, especially due to COVID-19 restrictions,” he added.
Meanwhile, the late Kotey has been described by a former world title contender, Kofi Jantuah, as an incredible fighter whose career failed to live up to expectations.
Jantuah, who sparred with Kotey during their heyday in boxing, said the late ex-fighter’s style was the best he faced in the ring throughout his career despite sparring with the likes of legendary Floyd Mayweather Jnr and Oscar de la Hoya.
“He was just too stylish and talented. I sparred with him twice and I didn’t face any better opponent in the ring throughout my career in the sport,” Jantuah told the Daily Graphic.
“It was sad how his career ended because having been in the ring with legends like Floyd Mayweather Jnr and Oscar de la Hoya, Kotey was the best that I faced.”
Daily Graphic Newspaper, Graphic Sports Newspaper, latest-stories