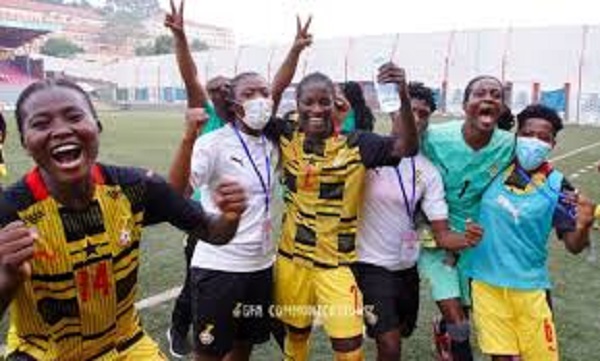 GHANA's Black Princesses reached the final round of the FIFA U-20 Women's World Cup qualifiers after beating Uganda 5-0 at the Cape Coast stadium last Saturday to reach the next stage on a 7-1 aggregate.

The Princesses, who took a 2-1 first leg lead into the game, started the return encounter with a decent build-up and opened the floodgates in the 22nd minute through skipper Evelyn Badu.

Four minutes later, Salamatu Abdullai made it 2-0 after missing a number of scoring chances earlier.

It continued to rain goals in the second half as Ghana’s Coach Ben Fokuo brought on Rahama Jafar in the 56th minute and her introduction proved very useful as she scored in the 82nd minute to give Ghana a 3-0 lead.

Salamatu provided a neat pass to offensive midfielder Doris Boaduwaa to head home the Princesses fourth goal in the 88th minute as the Ghanaian ladies kept their feet on the accelerator and gave the Young Crested Cranes little room for a consolation goal.

Two minutes into added-on time Doris spat the icing on the cake when she scored from the spot to give Ghana a comfortable victory and set the stage for a showdown against Ethiopia for a slot to the FIFA U-20 Women’s World Cup in Costa Rica.