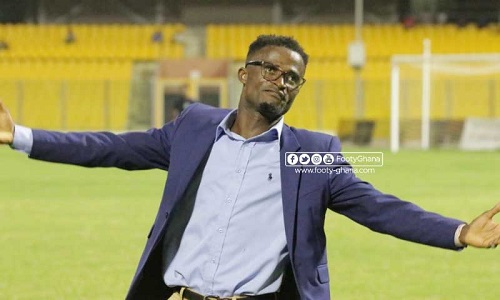 Medeama gaffer, Ignatius Osei Fosu, and Ashgold’s Ernest Thompson Quartey were forced to vacate their posts this week following a poor start to the season.

While Medeama are currently 14th on the league table with two points, the Obuasi-based club is 10th with four points, prompting  the managements of the two clubs to succumb to the pressure from their teeming supporters to axe the coaches.

Mr Albert Commey, Deputy CEO of Ashgold, confirmed to the Daily Graphic in an interview yesterday that the two parties mutually agreed to go their separate ways last Monday to allow for a new direction for the club.

He said in the interim, Coach Thomas Duah, who handled the Miners at certain stages last season, had been recalled to act as the head coach, with the help of the Brazilian Technical Director, Ricardo Da Rocha.

He expected the two coaches to work together and produce the required results just as they did last season.

Confirming the news of the sudden departure of young Coach Fosu on their twitter handle yesterday, Medeama said they had parted ways with the former Eleven Wonders coach and expressed their gratitude to the 35-year-old in his future endevours.

“We have parted ways with head coach Ignatius Osei Fosu. We would like to thank Ignatius for his services to our club and wish him well in his future endeavour.”

The Tarkwa-based club said assistant coach, Umar Abdul Rabi, who was recently re-appointed, would temporary take charge of the club, pending the appointment of a new head coach.

It said he would be in the dugout when Medeama take on Karela United in their Western derby at Tarkwa on Sunday.