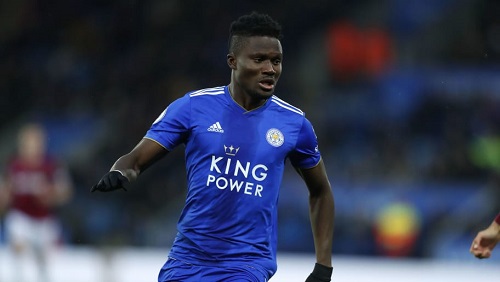 His 87th minute header after Brighton goalkeeper, Robert Sanchez, had failed to grab Marc Albrighton’s corner kick become his first goal in four years for the club and second in his 79th appearance for the club.

Amartey, a centre-back was switched to the right back by manager Brendan Rogers which allowed the 26-year-old former FC Copenhagen player to surge forward quite often and that led to his goal.

Brighton had opened the score line after the 10th minute when former Liverpool star, Adam Lallana scored to end his 503 days drought.

Nigerian star Kelechi Iheanacho, cancelled the lead for Leicester City but just when the game seems to be heading for a draw, Partey won the day for his side with a beautiful header.