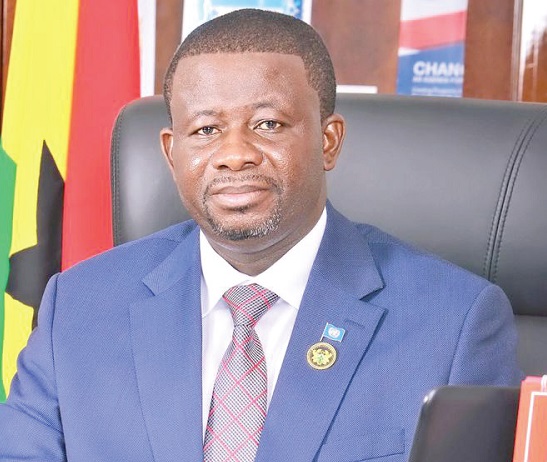 He said the road map developed by Star Ghana Foundation and its partners in collaboration with NADMO would, among others, in the short term mobilise resources to support flood victims as well as complement the efforts of the government to bring finality to the perennial floods in northern Ghana.

Mr. Agyeman-Prempeh said this at a meeting to validate the road map for sustainable management of floods in the north, in Tamale last Thursday.

The road map which was developed with facilitation by Star Ghana Foundation and Tama Foundation Universal served as a broad framework and coordinated strategy on risk reduction and strengthening of communities’ resilience against floods.

Developed based on an extensive consultative process with diverse stakeholders, the road map proposed an inclusive and sustainable approach to the response and management of the perennial floods in northern Ghana through enhanced community participation, facilitating stakeholder coordination and promoting duty bearer accountability.

Speaking at the validation meeting, Mr. Agyeman-Prempeh stated that " In Ghana, climate change has caught up with us, its effects and impact stare at us in the face, especially in the northern part of the country."

He said when the issue of climate change was tackled with all the seriousness it deserved it would help resolve the perennial floods experienced in northern Ghana.

Tackling the issue of climate change and its impact, he said, would enable the country to also attain all the Sustainable Development Goals (SDGs) including eradicating poverty, hunger and ensuring good health, among others.

"With all hands on deck, this road map will lead to the expected outcomes, so that in the next five years we can all pat ourselves on the back and be proud of what we've achieved for the people of the five northern regions of the country as a whole," Mr Agyeman-Prempeh observed.

The Programmes Manager of Star Ghana Foundation, Ms. Eunice Agbenyadzi, said the implementation of the road map would begin on a pilot basis in two flood-prone communities in each of the five northern regions and later scaled up to cover all.

That, she said, would begin by mobilising resources in the form of funds and items such as clothing, blankets, mattresses, among others, to mitigate the impact of the floods on the people, saying that would be done in collaboration with NADMO and all other relevant stakeholders.

She said the short-term measure to deal with the flood situation would also include sensitisation to increase response of communities to evacuation.

"We know that NADMO is on the ground already working and the government is investing heavily in responding. We will, therefore, complement the efforts of the government by mobilising every resource to respond to the emergency; as you know we are in the middle of the crisis and communities have been cut off," she said.

As a long-term measure, Ms. Agbenyadzi said they would also work with the government to construct water holding dams and other channels to collect all water to minimise flooding in the future as a way of providing a lasting solution to the problem.

A Co-founder of TAMA Foundation Universal, Dr. Chrys Anab, in a presentation on the road map, said the document was to promote a long-term and holistic approach to addressing the issues of perennial floods in northern Ghana.

He also called for the promotion of climate change adaptation strategies in flood-prone communities in northern Ghana by promoting afforestation programmes.

Other partners in the implementation of the road map are the Catholic Diocesan Development Coordinators, Water Resources Commission, Ghana Red Cross, Northern Development Authority (NDA), Oxfam and the United Nations (UN) agencies, with funding support from the Global Funds for Community Foundations, under the NEAR Network project.

Between the latter part of August and the early part of October each year, the five northern regions experience flooding as a result of continuous torrential rainfall coupled with the Bagre dam spillage.

The situation has often led to the loss of lives and destruction of property including farmlands.