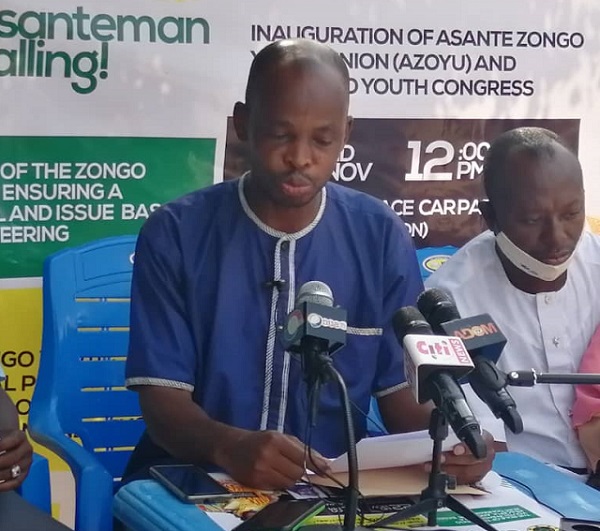 The General Secretary of the Ashanti Zongo Youth Union (AZOYU), Mr Mohammed Habib Gali has called on his fellow Zongo youth to help correct the misconception of Zongo people as violent.

He said the youth of Zongos have been stereotyped as violent people and this stigmatisation tended to influence people’s attitudes towards them.

Habib Gali said as the 2020 elections approach, all eyes would be on the Zongos as potential sources of violence due to this strongly held perception.

Already, he said the Asawasi constituency has been identified as one of the hotspots in this year's election due to the high tension between the two leading political parties who are trying to outdo each other to win the seat.

Opportunity
Speaking at the press conference to announce the inauguration of the union, Mr Gali said this year's election was an opportunity for the Zongo youth to demonstrate to the world that they were not violent people. This, he said, they can do by refusing to do the bidding of any political party.

He said the union was to bring all the youth groups and associations in the Zongos under one umbrella “for a viable and sustainable youth empowerment agenda towards the socio-economic and cultural transformation of the Zongo community in Asanteman.”

The objective of the union, according to him, was to chart a new path for the development of the Zongos and change the wrong perception and move the Zongo communities in Asanteman and beyond “from the marginal to viable entities where their social, economic, education, cultural and human rights are sustained in the context and content of the sustainable development goals.”