Women urged to work hard to retain NPP in power 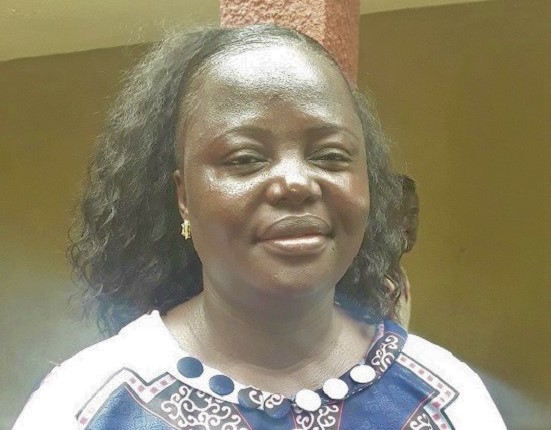 The Upper East Regional Women's Organiser of the New Patriotic Party (NPP), Ms Georgina Ayamba, has called on women to work hard to retain the NPP government in power for the continuation of its pro-poor policies for the benefit of the vulnerable and the poor.

She further observed that the NPP government had brought “great relief to women than any other government in the history of Ghana through its pro-poor policies such as the Free Senior High School, Planting for Food and Jobs, Ghana School Feeding Programmes and the One district, One warehouse initiatives.”

Addressing women from the 15 constituencies of the region at this year’s Regional NPP Women's Conference in Bolgatanga, Madam Ayamba further cautioned that voting for the National Democratic Congress (NDC) would be “a vote for insensitivity, hardship and a visionless government”.

The conference, which was on the theme: “Re-tooling and re-energising the women’s wing for victory 2020 and beyond" was aimed at, among other objectives, providing a platform for the women's wing of the NPP to take stock of their activities and to strategise for victory in the 2020 general election.

Ms Ayamba noted that under the NPP administration, over 800 women caterers had been employed to provide delicious meals to basic school pupils under the Ghana School Feeding Programme while as of July 2019, a total of 28,626 women farmers had also benefited from the Planting for Food and Jobs to boost food security and generate sustainable income for women.

“Let me urge all women in the region to take advantage of these policies to address issues of malnutrition, hunger and food insecurity in the Upper East Region", the Organiser stressed.

She was also of the view that the One district, One-warehouse policy when completed would help address post-harvest losses which was usually associated with small holder women farmers.

She said that the Micro Finance and Small Loans Centre (MASLOC) was disbursing loans to 5,000 women in the 15 constituencies to engage in small and medium enterprises.

Under the Livelihood Empowerment Against Poverty (LEAP) programme, she noted, vulnerable aged people with severe disabilities and pregnant women in more than 30,000 households had also been given their monthly stipends. 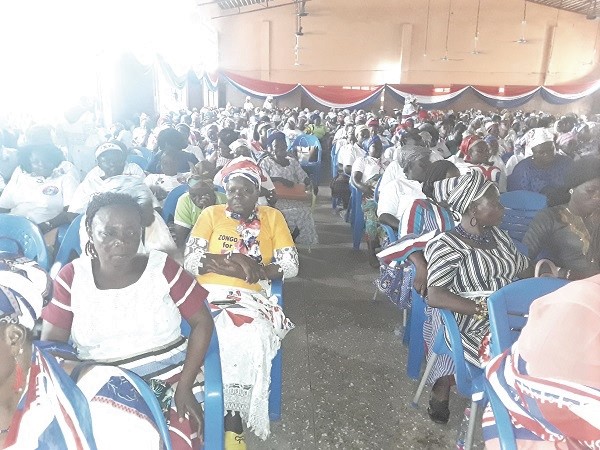 Ms Ayamba, therefore, entreated women in the region to “show appreciation to President Akufo-Addo and the NPP by working hard to win all the seats from the NDC in the region for the NPP".

She further appealed to women to “embark on a door-to-door campaign and propagate the achievements of the President to give the NPP, a resounding victory in 2020”.

The National Women's Organiser, Ms Kate Gyamfua, in a speech read on her behalf, stated that women had few opportunities to assume leadership positions due to some obstacles, including domestic violence and lack of financial support.

She, however, entreated women to rally behind the President by campaigning vigorously for victory in 2020 stressing that “our impact must be felt within the party and as you know women are good at reaching out to a lot of people in the grassroots with good messages".

The Regional Organiser of the NPP, Mr Jerry Asamani, noted that the NPP could not afford to lose the 2020 general election.

According to him, the road to victory in the 2020 elections “starts from Saturday, September 28, 2019 where delegates in the region are expected to elect candidates from the orphan constituencies to represent the party in 2020, and urged the delegates to do so in unity.

Mr Asamani told supporters of the party to elect “the right candidates devoid of soliciting for money before voting for the candidates".

The Deputy Upper East Regional Minister, Mr Frank Fuseini Adongo, said the party appreciated the efforts of women in the region and urged them to continue supporting the party to win both the presidential and parliamentary elections in the region.